Move over, The Crown: Netflix has a new queen arriving in the new year.

The streamer has set a premiere date for the RuPaul Charles-starring sitcom AJ and the Queen: The new comedy series, co-created by Charles and Michael Patrick King (Sex and the City), will debut Friday, Jan. 10, TVLine has learned.

Charles stars as Robert Lee, aka drag queen Ruby Red, whose dreams of opening his own drag club are dashed when he’s scammed by a pair of grifters played by Josh Segarra (Arrow) and Tia Carrere (Relic Hunter). He’s forced to go on a cross-country roadshow, and along the way picks up a 10-year-old street kid named AJ (Izzy G.) who stows away in his RV, with Robert stepping up to become AJ’s surrogate parent.

Netflix has also released a teaser for the series — which you can watch above — with lots of Ruby Red looking fabulous on stage. (Did we mention that each episode features a performance by RuPaul?) Plus, check out the official poster below, with Ruby Red and AJ hitting the road together: 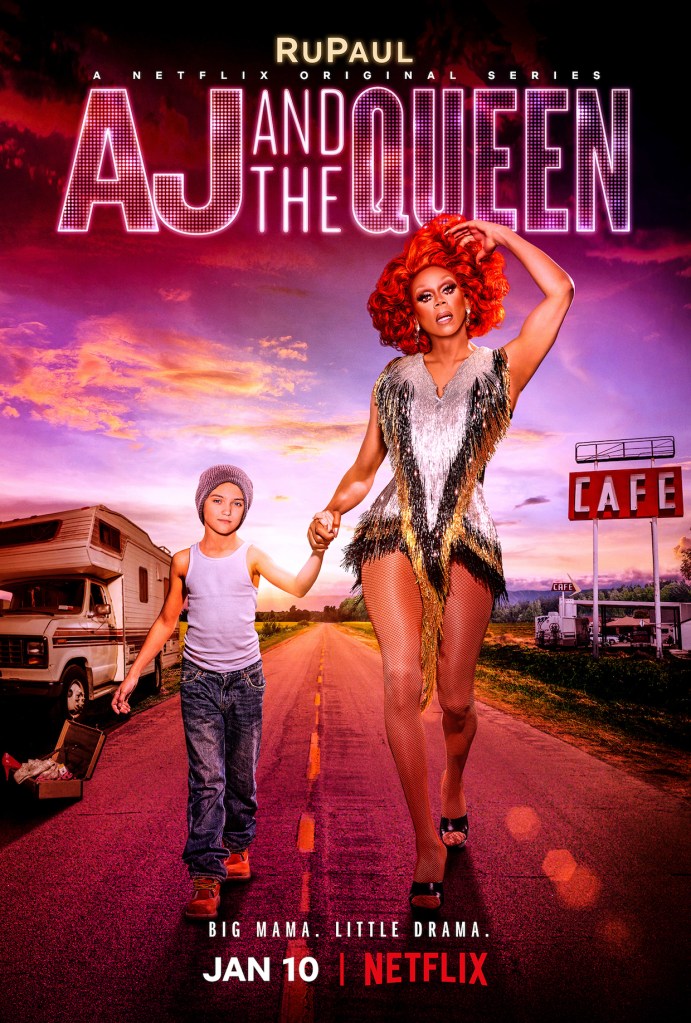 Press PLAY above for a sneak peek at AJ and the Queen, then hit the comments below and tell us: Will this one sashay its way onto your watch list?