On this Wednesday’s Chicago P.D. fall finale (NBC, 10/9c), “Halstead’s secret ongoing relationship with a woman connected to another case puts him in jeopardy.” Wait, what?! If that unexpected official synopsis gave you pause, star Jesse Lee Soffer is here to clear things up.

“There’s nothing going on, intimately,” between the detective and the mystery woman, the actor tells TVLine. The storyline actually ties into “the Marcus West episode, where Halstead sends the guy to county because of the two murdered children. It’s someone having to do with that story, and the fallout of that, and how Halstead blames himself.”

As for the jeopardy part, Soffer confirms that there is a “life-and-death cliffhanger” which will have viewers on the edge of their seats.

Below, Soffer also talks about Halstead and Upton’s slowly evolving relationship, and whether Halstead is hesitant to start another workplace romance after what happened with his ex-girlfriend Lindsay.

TVLINE | Is he reaching out to this woman to kind of make good?
Sort of. Yes, I think so, and just because it matters to him. He’s all heart, and so he’s going to do everything he can to make things right for everybody. He puts it all out there. And this one is one that maybe he should stay away from because it’s dangerous for other people, for the unit included, because it was so wrong what happened to the Marcus West character and how Crawford had us use the facial recognition software, and he was wrongfully accused and then he ended up dead. So it’s a pretty dark story, and it has to go somewhere. We can’t just leave that out there the way it is, especially when Halstead is such an emotional [guy and has] such a heart. So it’s going to get scary. It’s going to get a little hairy.

TVLINE | This season, there have been a lot of episodes where the cases have really tested Halstead in terms of him being an upstanding guy and wanting to do what’s right.
Yeah, I think Halstead, more than any other character, definitely has the moral, ethical storyline of, “Are we going too far? Are we in the right? Are we in the wrong? What part of the gray is acceptable to get the job done?” And they definitely play with that with Halstead. Voight’s usually in the dark, and other characters, too. I think Ruzek, he’ll follow Voight and do something unsavory if he feels it’s right. But that’s really what it’s all about. It’s what you feel is right to get the job done. Robin Hood robbed the rich to give to the poor. Is that a crime? Sure. Was it wrong? No, in that story. I think that playing with that is one of the things that makes the season fun for the fans. 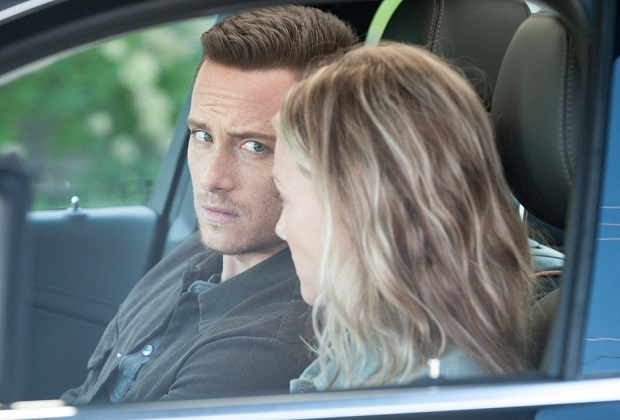 TVLINE | This season has also given us these little subtle moments between Hailey and Jay. How do you feel about how that relationship is evolving? Do you like that speed that they’re taking?
Absolutely. I think if it were ever to go somewhere, it should be the slowest burn there ever was. I think that the two characters care about each other so much, work well with each other. They both know that there’s a deeper… I think if you ask both of them, they’d go, “Yeah, I love the other one.” What kind of love that is, I think they don’t know and maybe haven’t really thought about it or wanted to explore it. But that exists. I think the way they’re teasing stuff in these little moments, where they don’t know and maybe it’s flirtatious, maybe it’s not, I think it’s great.

TVLINE | On more than one occasion, he’s said that he’d follow her wherever she went.
Yeah, they’re definitely putting it in there. So we’ll see what they do with it. Who knows, maybe by the end of the season, we’ll have more information, but I know as much as you do.

TVLINE | Do you think that he has some concerns or hesitations about dating another partner because of what happened with Lindsay?
That’s such a good question, because all of our writers, with the exception of a couple, are new writers. I don’t think that that would be part of the thought process. They’re writing what they see in front of them and what they’re getting from the dynamics of what they see when we’re doing scenes, day in and day out. But I don’t know that that would be part of their thought process as far as keeping track of the beginning of the show and where things were with previous relationships from years and years and years ago. For me, it’s something that I would keep track of as an actor for Halstead. For them, I don’t know. But yes, maybe I would sprinkle that in, or if scenes came up, I would suggest like, “Hey, there should be a conversation about how it wouldn’t be the first time,” and stuff like that. But it’s definitely a slow burn, so I don’t think we have to worry about it right now.