We’re about to witness a royal changing of the guard at Netflix: Season 3 of The Crown debuts this Sunday, with Oscar winner Olivia Colman taking over the lead role of Queen Elizabeth II from Claire Foy, as the British monarch moves into middle age during the turbulent 1960s. I’ve seen all ten episodes of the new season, and Colman is great in them, naturally, as is Helena Bonham Carter as Elizabeth’s ever-rebellious sister Princess Margaret. But to my surprise, the true standout of Season 3 is an unlikely candidate: Josh O’Connor as Elizabeth’s eldest son Prince Charles.

In The Crown‘s previous two seasons, we’ve only seen Charles as a boy, but here, he’s all grown up: a young man studying at Cambridge, bitten by the theater bug and still trying to figure out where he fits in the world. He’s the king in waiting, of course, but he longs to make his own way in life, independent of his royal lineage. In Episode 6, he undergoes his official investiture as the Prince of Wales and painstakingly learns enough Welsh to speak at his own ceremony, which is a bit King’s Speech-y but a nice introduction to the new Charles. Then Episodes 8 and 9 dive headfirst into his romance with Camilla Shand, which his family strongly disapproves of — and which is deeply complicated by Camilla’s ongoing relationship with Andrew Parker Bowles… who’s also sleeping with Charles’ sister Princess Anne. 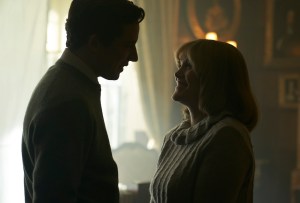 “It’s all a bit messy,” as Charles himself admits, but it’s also riveting, as the flickering embers of young love are ruthlessly stamped out by the rigorous traditions of royalty. (It echoes Princess Margaret’s own ill-fated relationship with divorced airman Peter Townsend in Season 1.) It’s extremely high-stakes, both emotionally and for the future of the kingdom — and it has a sizzle that the rest of The Crown‘s third season sadly lacks. Season 3 drags noticeably in spots, getting bogged down in tedious subplots that garner more screentime than they deserve. (See: Prince Philip’s obsession with the U.S. space program, which somehow gets a full episode to itself.) But the Prince Charles episodes are its saving grace, and inject a fresh burst of passion into a series that badly needs it.

It also helps that O’Connor is so great in the role of Charles. We might think we know Prince Charles from his decades spent in the media spotlight, but O’Connor’s yearning, vulnerable performance makes us rethink him entirely. (It’s an image rehab on par with Sarah Paulson’s portrayal of Marcia Clark in The People v. O.J. Simpson.) In O’Connor’s hands, Charles is not just some stuffy aristocrat born into a life of unimaginable luxury. He’s a young man discovering who he really is and falling in love for the first time… and we can’t help but sympathize with that, no matter what his pedigree is. 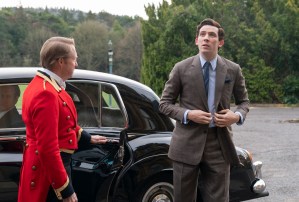 It’s good news, then, that O’Connor will return to play Charles again in Season 4 of The Crown — and he’ll be joined by newcomer Emma Corrin as a young Diana Spencer. That sensational coupling is bound to cause major fireworks inside Buckingham Palace, and based on O’Connor’s stellar showing in Season 3, I’d be perfectly happy if the Charles and Di drama took center stage next season. I want to see more of Colman and Bonham Carter, too — both of them bring intriguing new shades of melancholy to their characters — but as The Crown reminds us over and over again in Season 3, Elizabeth and Margaret’s era has passed. It’s time for a new monarch to rule.

Press PLAY below for a first look at The Crown‘s return, and then tell us in the comments: What are you most looking forward to seeing in Season 3?