Warning: The following contains spoilers for Wednesday’s Chicago P.D. Proceed at your own risk!

Chicago P.D.‘s Burgess might need to head to the bookstore to pick up a copy of What to Expect When You’re Expecting.

During Wednesday’s episode, the officer found out she was about four weeks pregnant, and, yes, her ex Ruzek is the father. When she dropped the big news on him, he looked as shell-shocked as she did when she first found out. While neither Burgess nor Ruzek were sure of what they wanted to do, Burgess did express interest in having kids… someday.

“Whatever you decide, I’m gonna be there, and I will support you,” Ruzek reassured her. Burgess later informed him that she made an appointment for the following morning, but then their case got to her. Watching a kidnapping victim say that she wouldn’t give up the child she had with her captor for anything seemed to change Burgess’ mind.

“What does that mean?” Ruzek asked, to which Burgess replied, “I don’t know what it means, other than that I cancelled the appointment.”

“At the end of this episode, I don’t know that she’s made a decision,” her portrayer Marina Squerciati tells TVLine. “She just knows that she cancelled the appointment. She’s struggling with whether she wants to be a mother right now, and when she makes that decision, either way, I think Ruzek sort of feels left out.

“Basically, the problem with Burgess and Ruzek right now is that they’re both looking at it pretty selfishly, and not how it’s affecting the other person,” Squerciati previews. “I think the only way that they’re going to come together is if they sort of take into account the other person’s point of view.”

Below, Squerciati talks about the baby twist and what it means for the future of “Burzek.”

TVLINE | Because in this episode, he makes a comment about falling asleep on her couch, watching movies, and I was like, “Oh, are they spending time together that we’re not seeing?”
Yeah, I think so. I think they’re kind of rebuilding their friendship. They’ve always gotten along. I think the reason that “Burzek” fans are like so, so loyal is because Paddy [John Flueger] and I have this really great relationship that translates to onscreen. And even though they’re not really ready for a relationship right now, they’re starting to be good friends again, which I think is great.

TVLINE | Now they’ve got this big pregnancy news that’s pushing them to maybe jump ahead in their relationship more so than they’re prepared to do. How are they handling this news moving forward?
I think it’s kind of unfortunate, because I think that they could have built to something really wonderful, because I do think they’re meant to be together, whether it’s now or later. I think it’s more later than now. But the prospect of a baby is sort of pushing that question to the forefront: Are they ready for each other now? Burgess definitely makes it about her journey. She needs to figure this out on her own, and I don’t think Ruzek appreciates that. 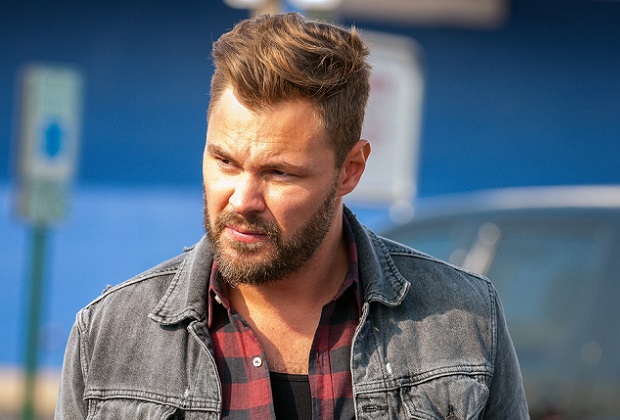 TVLINE | His reaction in tonight’s episode is very supportive, but measured, I would say. Are we going to see more of how he truly feels about the pregnancy?
Yeah, I think the reason Burgess doesn’t act, I’d say, as kindly as maybe I would have expected her to is because of the reaction she gets from Ruzek. I think she was hoping for something more — not as a relationship, but just as someone more supportive. I think he’s sort of looking through it through his lens, and not like how it’s going to affect her and her life and her career, and I think that’s the problem. They both love each other, and they both can’t see the other’s point of view.

TVLINE | What does this mean for her future in Intelligence? This is an interesting topic that we have not seen the show explore before: Can you balance a job in Intelligence and be a mother?
I don’t think so. I think that’s the problem. You can’t balance pregnancy and be a cop. Police protocol is as soon as you’re pregnant, you’re placed on desk duty so as not to put yourself or the baby in harm’s way. And I think for someone that’s used to being a first responder and used to helping people and running into the bullets, that’s [an] adrenaline rush and sort of like higher calling that she’s going to have a really hard time giving up. As much as they’ll share the burden of a baby, that’s not something Adam has to think about as the father. I think it’s really prevalent for all women in their careers and having a baby. It’s really hard to have a career and a child. It’s hard to lean into that. They really do address it in this episode and the subsequent episodes.

TVLINE | What is Ruzek’s point of view? Is he for keeping the baby or not?
I would not like to speak for Ruzek, but I think he is trying to be Team Burgess, whatever she needs. But from my point of view, he’s not really jumping in and helping her. He’s just like, “Whatever you want to do.” He doesn’t see it as wishy-washy. He sees it as he’s like, “Whatever you need, I’ll be there.” But she needs someone to be there 100 percent of the time, and he’s not saying any of that. 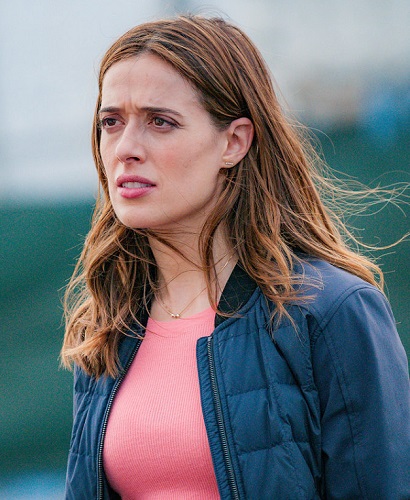 TVLINE | How do you think that this week’s case plays into her decision-making? Because it’s right after she has that great moment with the kidnapping victim that she makes the decision to cancel the appointment.
As a new mother, I feel like you can’t really understand what it means to love a child until you have a child. Like, it’s just an abstract thought. It’s a love unlike any other love. I think that while she can’t fully embrace that because she doesn’t have a child, to see a woman in such extremis still come out of it, not regretting the child, loving the child, wanting the child more than anything, it doesn’t make her want to have a child. It just makes her question her decision. It’s a story she hasn’t seen before in her line of work, and I think it [would] make anybody question.

TVLINE | Last time you and I talked at the #OneChicago Day, you said they threw you this curveball in the crossover with Ruzek. Now they’ve thrown you this other curveball. What was your reaction when you found out Burgess was pregnant?
I felt a little bit like we had robbed the fans [of] the moment where we kiss and make out. Paddy and I were like, “They’ve been waiting for this, and we do it off-screen?! That seems so gnarly!” [Laughs] But then I actually became more comfortable with it, because I didn’t realize they weren’t getting into a relationship. They were getting into a kind of friends-with-benefits situation. I became more comfortable with it. So it’s kind of still a surprise that she’s pregnant. 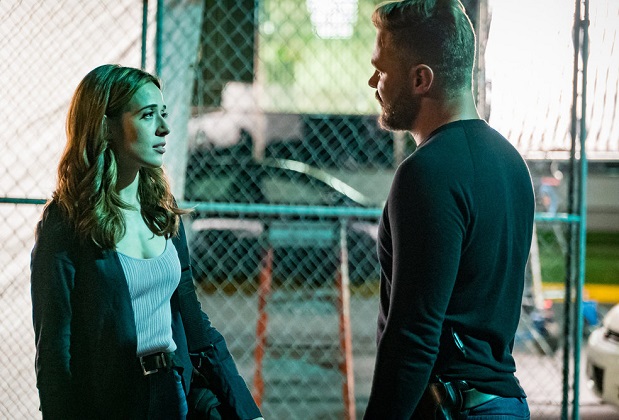 TVLINE | Do you think that Burgess sees something in Ruzek that’s different now, that he’s grown up, and that he’s ready for a real relationship with her?
I think right now, there’s a line I say, “We’re both so different,” and I think that’s true. It’s like two people who almost shouldn’t be together, but their chemistry is just amazing. But they’re too different right now. Yeah, I don’t think he’s ready, and I don’t think she’s ready. I think everybody thinks like, “Oh, he’s immature. He’s not ready for Burgess,” but I don’t think Burgess is ready for him either. But I think that they can’t deny their friendship, and the sexual chemistry, and so they keep falling into this pattern.

TVLINE | If she were to keep the baby, what kind of a mother do you think Burgess would be? And what kind of a father would Ruzek be?
I think Ruzek would be so amazing. He’d be off-the-wall crazy. Like, you’d come home, and he’d be like, “I built a bouncy house in the basement by myself!” But he’d be so wonderful. And I think Burgess might be maybe overprotective, having seen all that the Chicago streets have to offer, the good and the bad. It might be hard for her to relax a bit.

TVLINE | Did you talk to Paddy about how you were going to play the scenes in this episode and the reactions?
Oh, yeah, Paddy and I talk about our scenes all the time! [Laughs] It came out different than we thought. I’m excited to see the journey.

TVLINE | How did it come out different?
I think we didn’t think we’d be so angry at each other at the beginning, but I think there’s just so much miscommunication. But it gives us a good place to go.

TVLINE | At the end of the episode, I was wondering if he was trying to hold back a smile when she told him she cancelled the appointment.
I think so. To some extent, I think Ruzek’s character almost wants the baby, but can’t admit it. I don’t know. I don’t know that that’s anything but Marina’s thoughts.

P.D. fans, what did you think of the episode? Hit the comments with your thoughts!