We’ve got questions, and you’ve (maybe) got answers! With another week of TV gone by, we’re lobbing queries left and right about shows including The Morning Show, The Affair, Arrow, SEAL Team and Chicago Med!

1 | As Batwoman viewer Steven suggested, would Teen Beth have been wiser to use her moments of freedom to run out of the house, instead of stop to place a phone call?

2 | On The Affair, if Cole moved back to Montauk right after Joanie went to college, wouldn’t Noah and Joanie have crossed paths at some point? And even if they hadn’t, wouldn’t Joanie have known that Noah eventually took over the Lobster Roll? Also, which moment made you laugh the hardest: Noah as choreographer (“Ride the tractor, kick the puppy!”), Bruce following along to the flash mob, the realization that Margaret lived as long as Helen, or the price of fish and chips in the year 2053 ($67.95?!)?

3 | How far into this week’s Mr. Robot did you get before realizing that the whole episode didn’t have any dialogue? And why didn’t those cops call for backup while they were chasing Elliot halfway across Manhattan?

4 | If you were Watchmen‘s Angela, would you have had the presence of mind to drag the suicide bomber into the open grave and then shove Judd’s casket on top of him? Also, who all is sending transmissions to Dr. Manhattan on Mars, that there is a public booth to do so?

5 | On This Is Us, the moment Deja shared that fuzzy childhood memory of visiting Philadelphia and being transfixed by a beautiful building adorned with seasonally inappropriate Christmas decorations, you knew Malik was going to arrange for their impromptu field trip to conclude at that exact spot, right? Also, will Beth — whose wine consumption during this week’s tense dinner party scenes was mostly played for laughs — be the next Pearson family member headed to AA? 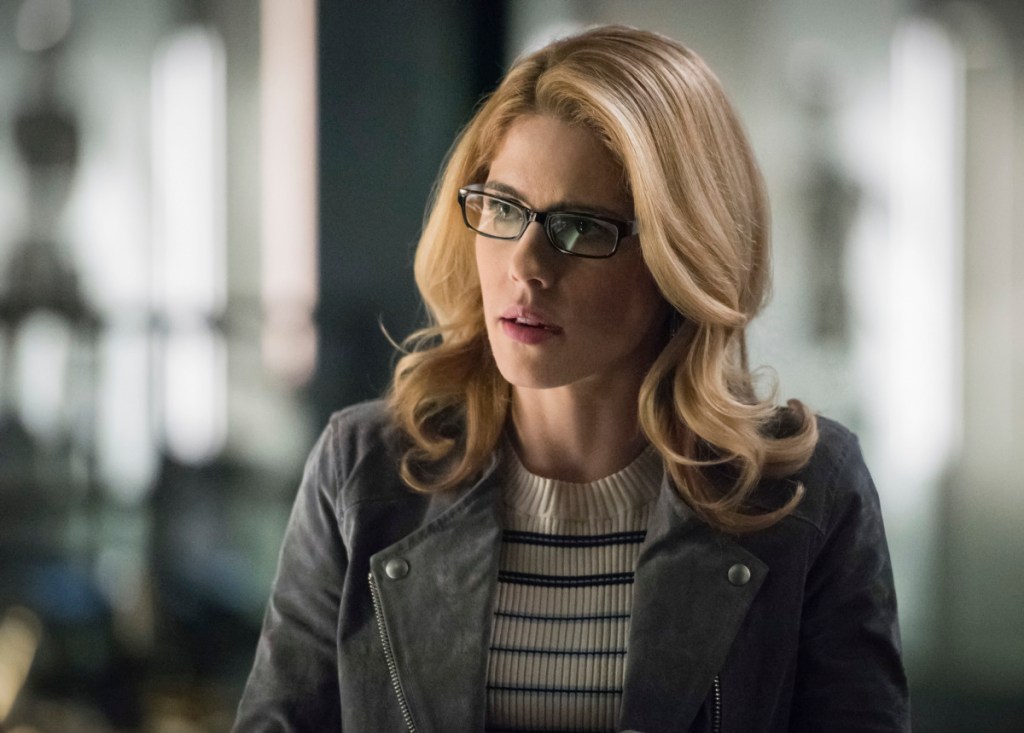 6 | We get why Arrow didn’t want to contact Felicity and mess with the future timeline at first, but if Mia and William are now staying in 2019, shouldn’t someone at least text Felicity? And Mia didn’t have time to leave the apartment before storming Deathstroke’s hideout, so were did she get the brand-new tactical outfit? Surely it wasn’t in Felicity’s closet… Does Dig see no reason to notify Connor’s birth parents? Or would that be too much for them to unpack? (“Wait, why did he need to be adopted??!”) Also, how did Dinah hear Connor address Deathstroke as “JJ” when that happened several moments before Team Arrow arrived from behind a steel door so heavy it needed to be blasted open?

7 | Who had the better fierce female faceoff this week: Watchmen‘s Regina and Agent Blake, or This Is Us‘ Beth and Kelly?

8 | On The Resident, why wasn’t Dr. Bell’s seatmate wearing his seatbelt during the flight’s takeoff? And why did that one guy take off his seatbelt and get up during the turbulence?! 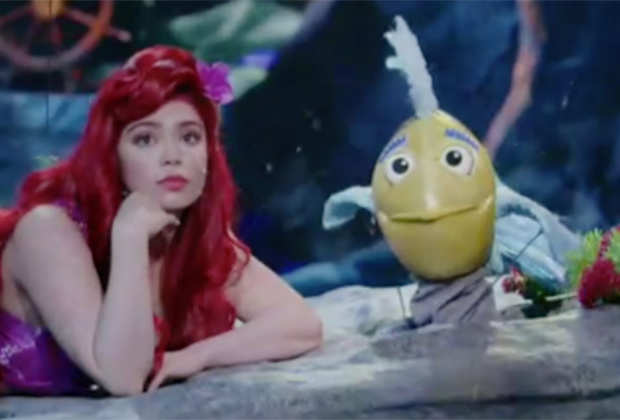 9 | Why were so many Little Mermaid Live! viewers surprised that ABC’s production was also part animated feature? Did the 8 billion commercials not make that clear enough? That said, can we all agree that this Flounder puppet was the stuff of nightmares?

10 | How was there no audible reaction whatsoever from Greenleaf‘s congregation to Grace’s announcement that she was stepping down as pastor? And how did not a single churchgoer approach her when they filed out after services and saw her hanging around with her son?

11 | Given that The End of the F***ing World Season 2 waited to reveal James’ fate until the middle of Episode 2, couldn’t Netflix have, ‘ya know, not plastered on its homepage key art featuring — spoiler alert! — a very-much-alive James? Also, considering the nationwide search for James and Alyssa that occurred during Season 1, were you surprised that no one seemed to recognize them during this season’s brief road trip with Bonnie? 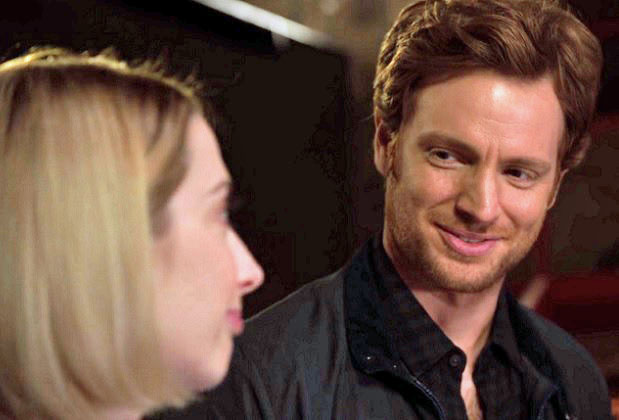 12 | Is Chicago Med hinting at a potential romance between Will and Elsa? Or are we reading too much into that party scene?

13 | Did Riverdale really wait four seasons to let us know that Veronica has a sister? Wouldn’t Hiram have at least mentioned her at some point?

14 | S.W.A.T.‘s Detective Lynch knows absolutely everyone — did you know that?! Or did you somehow miss it the first 37 times the show told us?

15 | Did this week’s SEAL Team death move you an unexpected amount, for a two-week guest star? 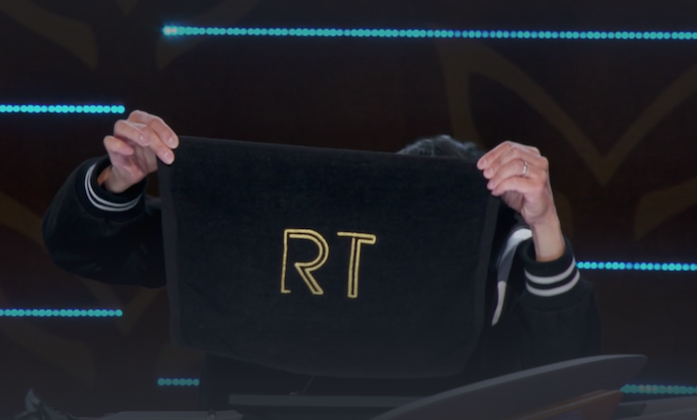 16 | But seriously: Why does The Masked Singer judge Robin Thicke have a monogrammed towel up there on the panel with him?

17 | Supernatural fans, was Benny the surprise guest star you were expecting? And do you wish he’d been more than a super brief cameo?

18 | So Grey’s Anatomy is just going to have Grey Sloan doctors scrub in at Pac-North with the snap of a finger, huh? Also, are we supposed to believe that, in the years since Maggie met Richard, she never, ever bothered to ask, “So… do I have any other family out there?” Or, for that matter, that the obsessive researcher wouldn’t have investigated her family tree before approaching her father and Meredith?

19 | We know that How to Get Away With Murder‘s Karla Souza isn’t a series regular this season — but isn’t it weird that the characters are barely mentioning Laurel and Christopher’s absences? They’re both still MIA!

20 | After Young Sheldon in Season 2 revealed that Veronica came from an abusive home, were you relieved to see that Georgie’s crush now resides with her chatty-but-harmless grandmother as of Thursday’s episode? 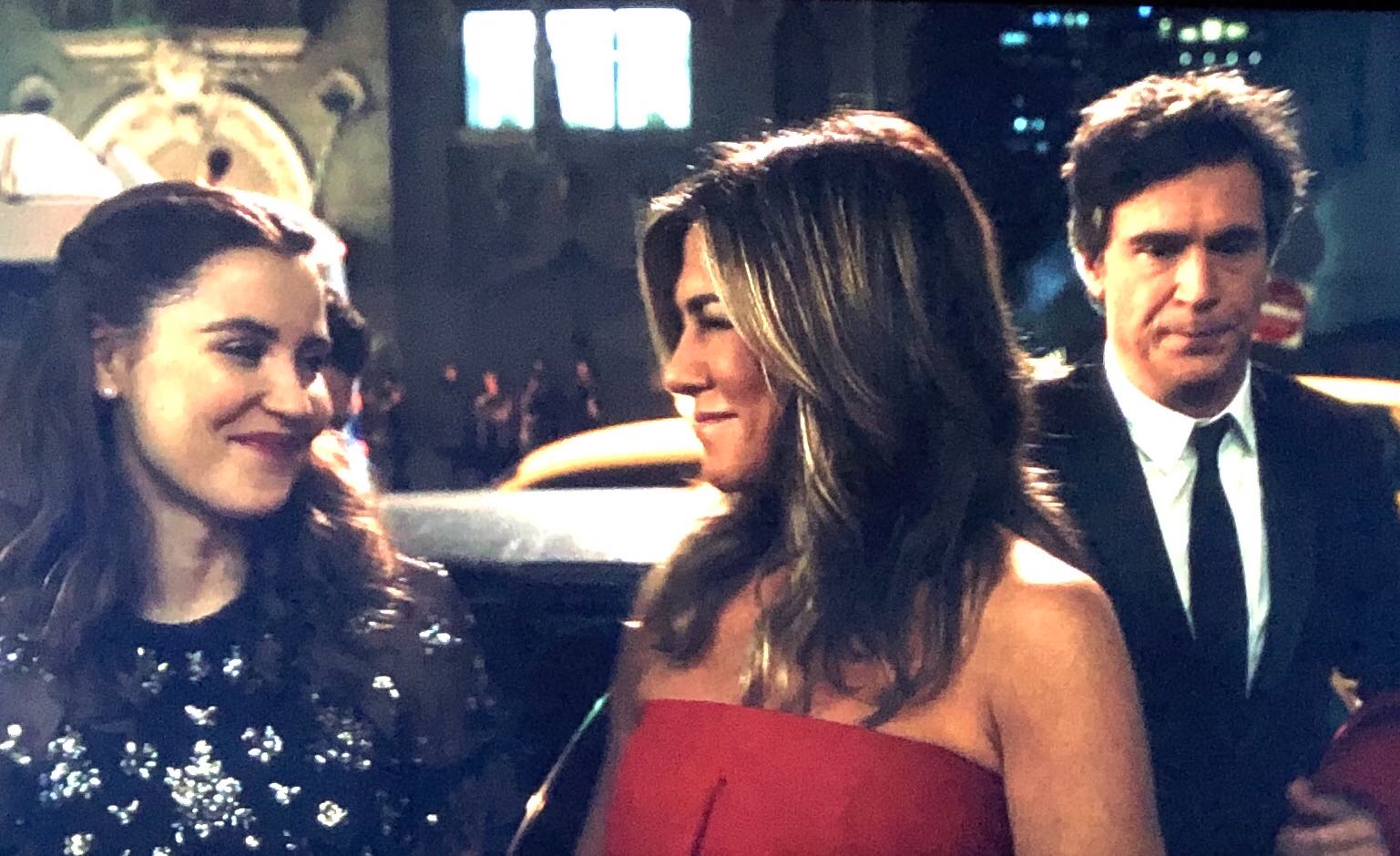 21 | So, The Morning Show‘s namesake AM newscast is a massive revenue-generating juggernaut yet… they can only afford to have one makeup artist on the payroll? Plus, where are all the PR reps for the newscast and the network? Also, does the show really expect us to believe that Bradley would have waited to introduce herself to Mitch Kessler’s accuser until seconds before their live sit-down interview? Finally, how was Alex’s husband last out of the limo when he was sitting closest to the door?