The never-boring “Shelburne” is really in the thick of it this Friday on Hawaii Five-0 (CBS, 8/7c), in an episode written by and directed by her TV son, series star Alex O’Loughlin.

In the exclusive sneak peek above, Steve, Danny and Lou take a surreptitious meeting with a CIA agent who comes bearing news about one of his fallen colleagues — and how Shelburne (aka Doris, played by returning guest star Christine Lahti) figures into it.

Press play above to learn what dear ol’ Mom has (allegedly?) been up to.

Once armed with this intel, McGarrett will travel solo to Mexico, in an episode that was actually filmed first for this season, over the summer, and with areas of Los Angeles doubling for South of the Border. (“We wanted to find something that was a little more authentic-looking than something we’d find in Hawaii,” showrunner Peter M. Lenkov explained to TVLine.)

Previewing O’Loughlin’s first script for the long-running drama, Lenkov said, “He really wrote a great script, and he sort of wrote it almost on spec. He told me what he was working on and wrote the episode over hiatus, he did multiple drafts…. It wasn’t a vanity thing. He genuinely dug in until he got to a place where he felt like, ‘OK, this is a story I want to tell’ — and he nailed it.”

On the directing front, “We looked at it like a movie, and really wanted it to be very cinematic and big and have big stakes.” And as suggested by Doris’ involvement, “It has a big mythology aspect to it,” said Lenkov. 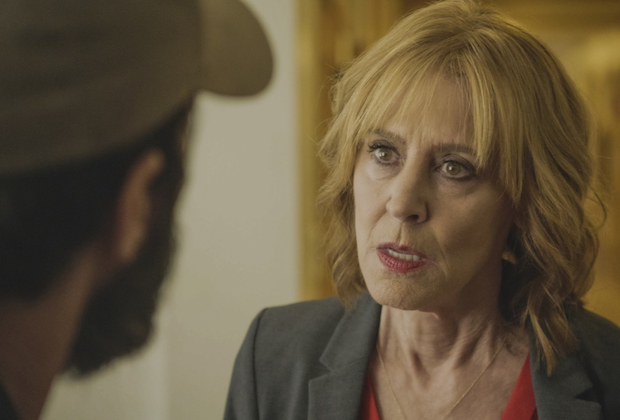