Freeform is going to be getting into some Good Trouble late at night: The Fosters spinoff will return for Season 2B on Wednesday, Jan. 15, at a new, later time of 10/9c. And if you can’t wait until then for some Good drama, the show will also air a two-hour holiday special, featuring a Fosters family reunion, on Monday, Dec. 16 at 9 pm.

Additionally, the network has announced that grown-ish Season 3 will premiere on Thursday, Jan. 16 at 8 pm, where it will be followed by Season 4 of The Bold Type, beginning Thursday, Jan. 23 at 9 pm.

As previously reported, Freeform’s Party of Five reboot makes its debut on Wednesday, Jan. 8 at 9 pm with a two-hour premiere. The first episode will also be available to view early via Hulu, Freeform.com, the Freeform App and on demand beginning Wednesday, Jan. 1.

Meanwhile, the new comedy Everything’s Gonna Be Okay, starring and created by Josh Thomas (Please Like Me), will premiere with two episodes on Thursday, Jan. 16 at 8:30 pm. The following day, Jan. 17, the third episode will be streaming on Hulu, Freeform.com, the Freeform App and on demand.

Read on for the official, spoiler-y descriptions for the returns of Good Trouble, The Bold Type and grown-ish, plus first-look photos: 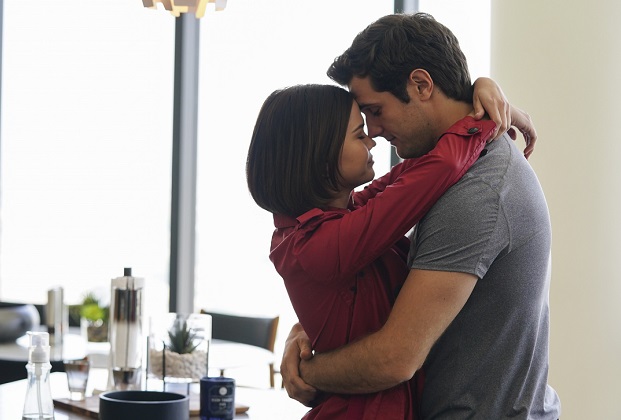 Good Trouble: After a devastating winter finale… The Coterie residents are dealing with the consequences of their personal and professional decisions and realize that sometimes standing up for what you believe in comes at a price. The season picks up with Callie and Mariana’s relationship on the rocks after Callie has decided to move in with Jamie and leave the “Coterie Biatches” behind. Alice finds herself balancing her stand-up career with her love life, Davia learns the education system may be broken, Mariana navigates a new world at work, Malika faces legal consequences from her protesting, Dennis finds a new outlet to manage his depression and Gael’s creative spark is reignited. 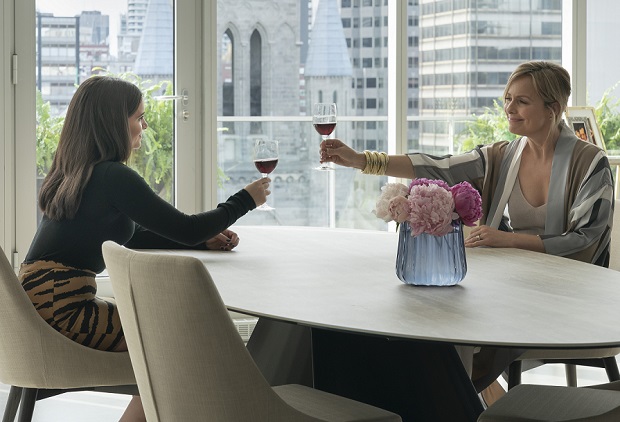 The Bold Type: In Season 4, Jane, Kat and Sutton raise their voices louder than ever in the battle for Scarlet’s soul. The magazine is left reeling by a new dynamic, forcing everyone — including Jacqueline — to adjust. Jane faces tough choices living with her BCRA-1 status. Sutton and Richard explore being in a long-distance relationship, while Sutton struggles to move her career forward; Kat is more determined than ever to make the most of her platform at Scarlet and copes with past regrets. 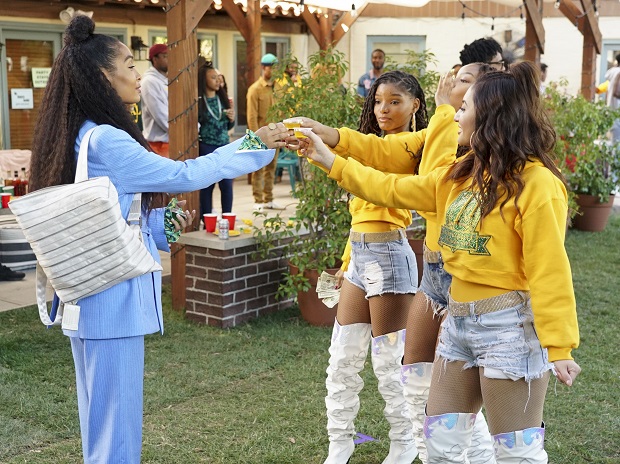 grown-ish: The gang returns as confident, eager and seasoned upperclassmen, with Zoey and her girls (… and Vivek) moving into an off-campus home, ready to take on the school year. They quickly realize that they have been mistaken about the disillusionment of adulthood, with real-life problems coming for them, including student loans, work/life balance and, of course, messy breakups. Plus, the season premiere picks up with some of the crew having to deal with the repercussions of their big mistakes before summer break.