CBS viewers will be experiencing a bit of deja vu on Wednesdays at 10/9c when S.W.A.T. adds Criminal Minds alum Rochelle Aytes — and as a prospective love interest for Shemar Moore’s Hondo.

TVLine has learned exclusively that Aytes — whose previous TV roles include Criminal Minds‘ Savannah Hayes aka the eventual wife of Moore’s Derek Morgan — has joined S.W.A.T. Season 3 in the recurring role of Nichelle, a woman who was born and raised in an upper middle-class neighborhood in Baldwin Hills, but developed a desire to give back and help those with fewer resources. As such, she now runs a neighborhood community center in South L.A.

When a traffic accident brings her into contact with Hondo, a romantic spark ignites between the two. Hondo, however, is forced to switch up his approach when Nichelle hesitates to date him due to his reputation for (ahem) short-term relationships. 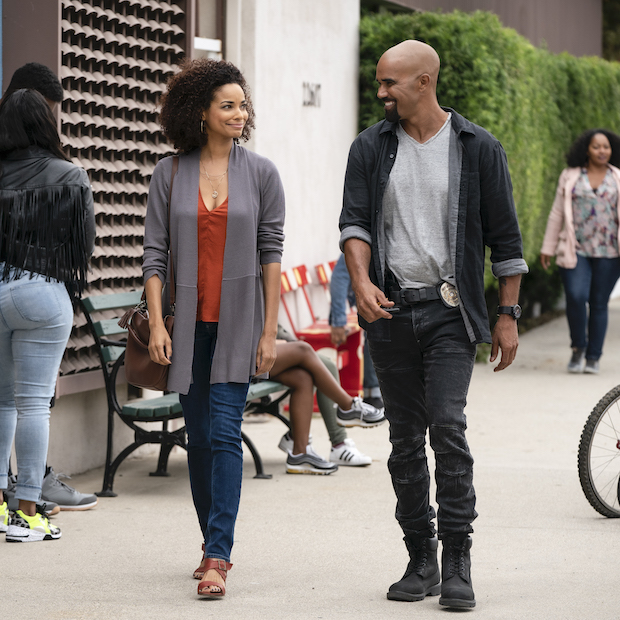 Executive producer Aaron Rahsaan Thomas tells TVLine, “Nichelle presents a unique opportunity for Hondo; a love interest who inspires him to pursue her attention, while trying to convince her that he is ready for a more serious relationship, despite his reputation. Whether or not Hondo will be successful, we’ll have to wait and see.”

Aytes will make her debut on Wednesday, Nov. 13, during an episode in which the SWAT team searches for thieves who are on the run with a high-tech thermal lance that can cut through almost anything. Meanwhile, Chris confronts an imbalance in her relationship with Kira and Ty.