Based on characters created by author Erle Stanley Gardner, Perry Mason takes place in 1931 Los Angeles, a city that is booming while the rest of the country struggles through the Great Depression. Perry Mason, meanwhile, is living check-to-check as a low-rent private investigator, haunted by his wartime experiences in France and suffering the effects of a broken marriage. But when the case of the decade breaks down Mason’s door, his “relentless pursuit of the truth reveals a fractured city and, just maybe, a pathway to redemption for himself,” per the project’s official logline.

In the photo below, Rhys’ title character seems to have a lot on his mind (which makes sense, given that plot description).

Perry Mason will debut on HBO sometime in 2020. Scroll down to see the drama’s first photo: 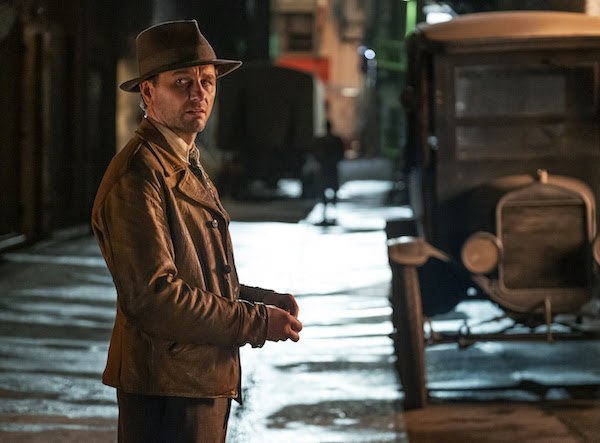