THE PERFORMANCE | For years, Misery‘s Annie Wilkes was Kathy Bates, and to suggest that any other actress might leave as indelible a mark on the well-known role was cockadoodie crazy. Then came Castle Rock‘s Season 2 premiere, and along with it Caplan’s debut as the off-kilter killer nurse. Suddenly, we found ourselves enjoying her version of Annie — years before the events of Stephen King’s novel and the movie that followed — just as much as we’d ever loved Bates’.

Perhaps that’s because Castle Rock‘s Annie is not quite as sure of herself, not quite as given wholly over to her madness, and Caplan’s wide eyes and intentionally blank affect lend the character a weird kind of innocence… even after she’s murdered a man by jamming an ice cream scoop down his throat. Caplan makes Annie seem never fully sure of what is and isn’t real, her performance a captivatingly twitchy blend of manic highs and paranoid lows that Caplan truly sells.

It’s all the more effective — and deliciously unsettling — when coupled with the trudging way Caplan moves Annie through the world, as though she were on a long, wearying mission to straighten out all those dirty birds and paperfakes one at a time. Caplan’s Annie rocks side to side, hands limp at her sides, like an oversized toddler. The intentionally odd swaying lulls us into a false sense that this Annie isn’t quite as terrifying as her older self will be… and then she goes and offs somebody with a blunt kitchen utensil.

Caplan is so eminently watchable in Castle Rock‘s season opener, we’re really looking forward to what she’ll do as Annie inevitably gets pulled deeper and deeper into her madness. Guess you could say we’re her number-one fans. 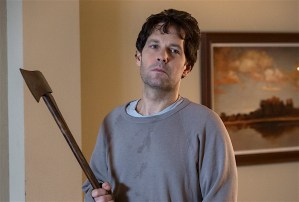 HONORABLE MENTION | Paul Rudd was at war with himself all season long on Netflix’s goofy sci-fi comedy Living With Yourself, playing both middle-aged schlub Miles and his more polished clone — and that war came to a head in the chaotic Season 1 finale, with the Miles-on-Miles feud culminating in an extended CGI fistfight between two Rudds. With his deadpan comedic charms and underrated capacity for drama, Rudd managed to make Miles’ unique plight hilarious and somehow poignant at the same time, creating two distinct Miles and turning one man’s struggle for self-improvement into a literal fight to the death. (He even gave himself CPR!) Living With Yourself definitely took some zany plot turns, but Rudd’s sparkling lead performance(s) kept it grounded… and doubled its entertainment value, easily. 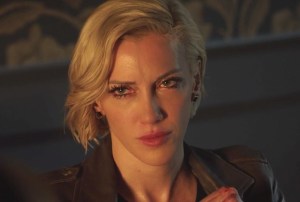 HONORABLE MENTION | When Arrow depicted Earth-Two’s destruction, our first thoughts turned to The Flash and how its heroes will react to losing a few superfriends. But then it dawned on us that Laurel aka Black Siren lost her entire home, and Katie Cassidy Rodgers powerfully conveyed a commensurate hurt. Earth-Two’s denizens weren’t “real” to Oliver, Laurel asserted, but instead represented “copies” of people he loved. For Laurel, though, “Those were real people who were counting on me!” After aiming to “fix” the device that wasn’t letting her breach home to help survivors, Laurel exploded with rage when the devastating truth became indisputable. Then, in a quiet sequence with the excellent Audrey Marie Anderson (as Lyla), Cassidy made us feel every loss: “How am I supposed to move forward when everyone I ever loved is gone?” But thanks to Lyla’s counsel, Laurel came to realize that Earth-One needs her, too. 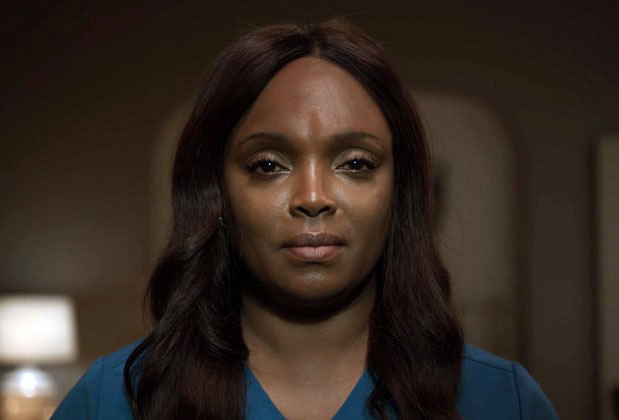 HONORABLE MENTION | This season, Chicago Med has finally put the spotlight on Maggie Lockwood, giving her unsung portrayer Marlyne Barrett a harrowing cancer storyline to sink her teeth into. And the actress more than stepped up to the challenge as Maggie confronted some brutal truths about her diagnosis and treatment this week. First, the nurse faced herself in the mirror, putting on a wig and the tiniest empty smile as if to convince herself that everything is normal. But at the end of the hour, Maggie finally faced her colleagues and removed her wig, never saying a word, while Barrett’s eyes spoke volumes about Maggie’s fears and her gratitude for her friends. Throughout the episode, Barrett’s mostly silent performance was beautiful in its subtle, measured authenticity.