The Charmed Ones are adding a fourth witch to their ranks. Poppy Drayton (The Shannara Chronicles) is joining the CW drama’s second season as its newest series regular, TVLine has learned, with tonight’s episode (8/7c) marking her official debut. 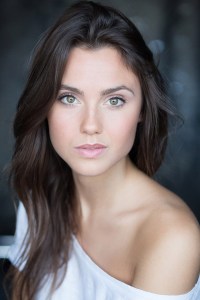 Drayton’s character, a powerful and mysterious witch named Abigael, is brought into the fold by Macy, who finds her in an “injured and terrified” state after embarking on a solo mission, according to the episode’s official synopsis. In fact, TVLine has an exclusive clip of Abigael’s dramatic introduction, which ends with a nasty little surprise for Macy.

Elsewhere in the episode, “Mel and Harry try to crack the Book of Elders, Macy struggles with the good and bad aspects of her demon side, and Maggie competes with Jordan for a promotion.

In addition to The Shannara Chronicles, Dayton’s small-screen credits include roles on British dramas like Downton Abbey and Midsomer Murders. She also starred opposite The Vampire Diaries‘ Steven R. McQueen in the 2018 Hallmark Channel original movie Home by Spring.

Your thoughts on Charmed‘s (very different) second season thus far? Drop ’em in a comment below.