Warning: The following contains spoilers for Thursday’s Supernatural. Proceed at your own risk!

During TVLine’s Fall TV Preview Q&A, co-showrunner Andrew Dabb told TVLine that Dean and Sam were “going to start to lose people who, in past seasons, we would’ve never lost — and lose them in a very real way.” This Thursday’s installment brought that home when two of the Winchesters’ foes-turned-allies met their end.

After waking up in the hospital, Ketch is confronted by a demon who is looking for Belphagor. The baddie is convinced that Ketch knows Belphagor’s whereabouts and is refusing to talk because he’s protecting humans. The former Men of Letters agent won’t give up his friends — “not at any price,” he declares — after which the demon rips out his heart.

R.I.P., Ketch. It was a rocky road, but you turned out to be a decent person in the end.

Elsewhere, Belphagor executes his hidden agenda: to suck all of Hell’s souls back into him, making him all-powerful. Belphagor makes a desperate attempt to save himself from Castiel’s wrath by pretending to be Jack, but the angel calls him a liar and smites him. Rowena then sacrifices herself to execute a spell and suck up the souls herself. 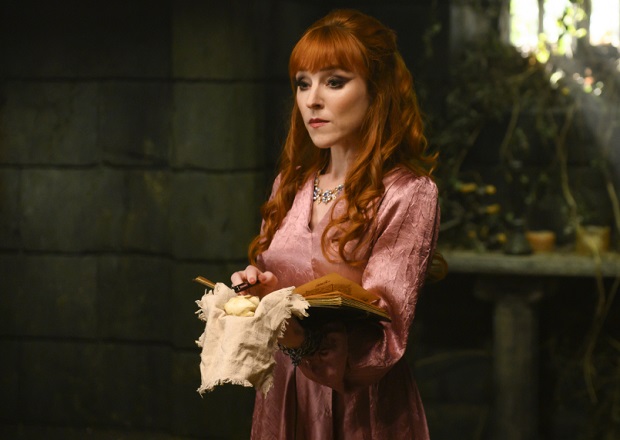 “It has to be you who kills me,” Rowena tells Sam, referring to the prophecy in Death’s books. Sam, of course, is reluctant, but ultimately stabs Rowena so that his brother and the rest of the world stand a chance.

In other shocking developments, Castiel is leaving?! After another fight with Dean — during which the hunter notes that Cas is involved every time something goes wrong — Cas realizes that Dean still blames him for Mary’s death. So while Dean and Sam have each other, “I think it’s time for me to move on,” Cas says, before exiting the bunker.

Supernatural fans, what did you think of the episode and its two deaths?