THE SHOW | The Righteous Gemstones

THE PERFORMANCE | Patterson arrived on our radar three years ago via her brilliantly wackadoodle role as Danny McBride’s unhinged girlfriend/stalker on HBO’s Vice Principals. Turns out that performance was a mere warmup for her star turn to come as the hilariously demented Judy Gemstone on McBride’s latest HBO undertaking. And Patterson saved the best for last, delivering an epic monologue in Sunday’s Gemstones finale that served as the quintessential crazy coda for the character’s bonkers first season.

The three-minute tour-de-force — which you can watch over and over again above (you’re welcome!) — finds Patterson confessing to estranged and deeply naive fiance BJ (the brilliantly restrained Tim Baltz) that, despite her self-professed reputation as a man-eater, she was only with one other guy: her much older economics professor Dr. Warren Carmichael. Judy then proceeds to rehash for her current love the origin story of her first love, and Patterson delivers every hilariously demented and raunchy detail of the toxic romance with such counterintuitive earnestness and solemnity that all you can do is marvel at the comedic artistry of it all. And, of course, laugh.

And as the NSFW catharsis grows more convoluted and as the full weight of Judy’s behavior becomes frighteningly clear (sample line: “He did a restraining order on me so I bought him a Jeep Grand Cherokee to prove I loved him”), Patterson’s commitment to presenting what on paper reads like a madwoman’s interrogation-room confession as a heartbreaking sob story where she is the victim never wavers. Not even when Judy, in the monologue’s climax, reveals that she went so far as to kidnap Dr. Carmichael’s son, Laird.

“But then the police showed up and they tackled me — and they took away Laird,” Judy wails, Patterson’s cracking voice amplifying her alter ego’s lament that she is the wronged party. She then pauses before mournfully, innocently delivering the kicker: “And me and Dr. Carmichael were not boyfriends and girlfriends after that.” Conversely, our love of Patterson’s special brand of unbridled and sexually-charged lunacy has only grown stronger. 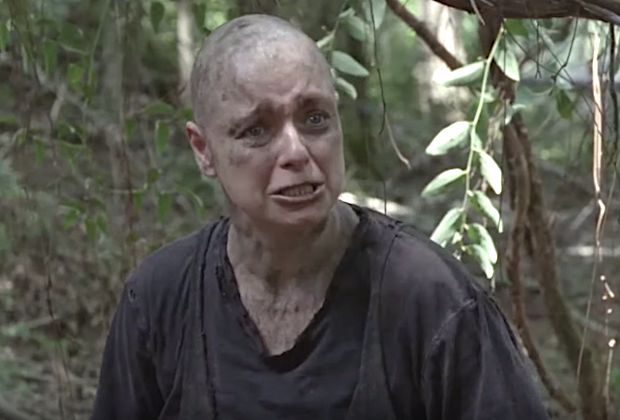 HONORABLE MENTION | Since The Walking Dead introduced the Whisperers, Samantha Morton has done a killer job of making a creepily compelling heavy of their leader, Alpha. But we really lost our heads over the actress’ work in “We Are the End of the World.” Not only did she offer glimpses of the matter-of-fact madness that makes the villainess so scary, she revealed the last vestige of humanity that is Alpha’s Achilles’ heel. When she was forced to confess to second-in-command Beta that she hadn’t been able to kill her traitorous daughter — her baby — the tears in Morton’s eyes and desperation in her voice suggested that, in that raw and unguarded moment, we were for the first time seeing beneath both Alpha’s mask… and her façade. 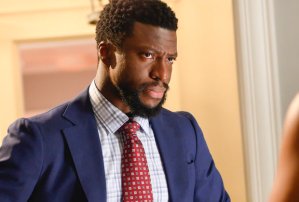 HONORABLE MENTION | When Bluff City Law prosecuted the leader of a white nationalist group, Anthony was warned about being the “face” of the case — and Michael Luwoye made sure we felt that anxiety, as well as the attorney’s resolve. “I look around and I see hate winning, I see our daughters facing a future that feels too much like our past,” Anthony explained to wife Maya after she noted that the ex-cop again had her on edge. Later, when crossing the shooter — a face-off that could have escalated — Luwoye used his calm, low timbre to draw us in, as Anthony argued that the group offered the troubled man “medication” via people to hate. With the tense case won, Anthony reassured Maya, whom he at one point had led away from the angry gallery: “Whether you’re in the room or not, there’s nothing in this world I do without you.” 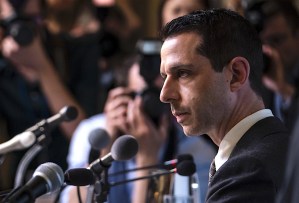 HONORABLE MENTION | Succession‘s Kendall Roy had been cowering like a beaten dog all season long, but in Sunday’s finale, he finally decided to bite back — and Jeremy Strong cemented his spot as one of TV’s very best performers. Logan pegged Kendall to take the fall for Waystar’s cruise ship scandal, and Strong was heartbreaking as Kendall meekly accepted his fate, lips pursed in a weary frown. But Kendall later turned the tables on his old man, pegging Logan as the one responsible in a shocking press conference, and Strong showed us a Kendall fully in command, speaking in a clear tone and confident in the knowledge that he finally had the upper hand on his intimidating father. Kendall may no longer be Logan’s number one son… but after the fascinatingly nuanced performance he gave us in Season 2, Strong is definitely number one in our hearts.