Hulu took viewers back to 2005 and the land of sweet, sweet O.C. tunes with Friday’s premiere of Looking for Alaska.

Adapted by Josh Schwartz and Stephanie Savage (The O.C., Gossip Girl) from John Green’s YA novel, the 2005-set limited series follows Miles (Boardwalk Empire‘s Charlie Plummer), a book-ish teen from Orlando with a fascination for famous last words. He leaves home to attend a woodsy Alabama boarding school in an effort to find the meaning behind his favorite “last words” quote: “I go to seek a Great Perhaps.”

The show’s first scene reveals a horrific car accident on a rainy night, a daisy lying on a broken windshield. Then the title card “Before” gives way to Miles’ first day at his new school. His roommate is a fast-talking scholarship student, known as The Colonel (Empire‘s Denny Love), who came to the school so he can read big books without getting whooped by his dad. Miles wins over The Colonel with his morbid obsession and earns the ironic nickname Pudge from his new roomie. 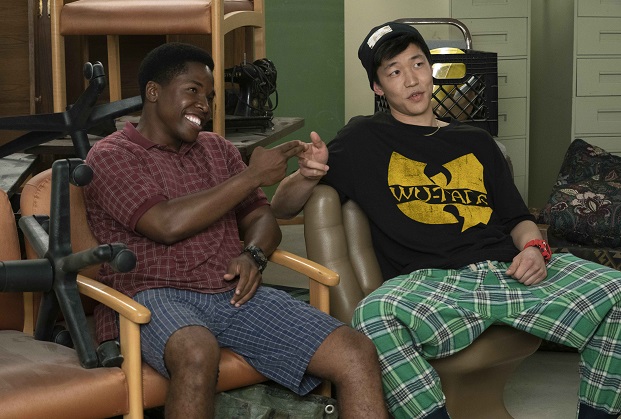 The Colonel introduces Miles to his all-knowing friend Takumi (American Vandal‘s Jay Lee) and takes him to get cigarettes from Alaska (The Society‘s Kristine Froseth), the school’s purveyor of forbidden goods. She also happens to be the alluring, unpredictable, third-wave feminist whom Miles spotted in a parking lot on his drive to the school. (Time slowed down, their eyes met, you know the drill.) Alaska’s room is a maze of books, and she uses Miles to demonstrate how her boyfriend palmed her boob over the summer. So naturally, Miles is spellbound by her.

While Miles and The Colonel go to the secret smoking spot, Alaska is burying the booze she bought when she hears some rustling. When she later meets up with Miles, she looks a little distraught before presenting him with one of her favorite books: Gabriel García Márquez’s The General in His Labyrinth. If Miles figures out what the labyrinth is and how to get out of it, she’ll get him laid, Alaska promises. Speaking of getting some, Alaska’s roommate is caught getting high and having sex with her boyfriend (to a fantastic cover of “Milkshake”), resulting in both of their expulsions. 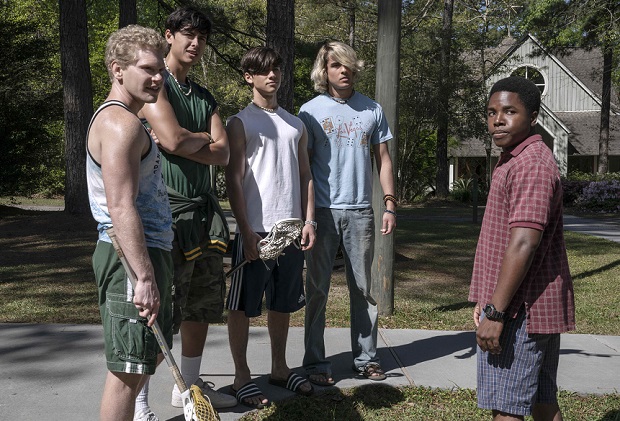 The Weekday Warriors (Girl Meets World‘s Uriah Shelton and Riverdale‘s Jordan Connor), aka the popular rich students who go back to their mansions on the weekends, try to recruit Miles to spy on The Colonel, but he remembers The Colonel’s warning to never, ever be a rat. The Colonel has a love/hate relationship with his Weekday Warrior girlfriend Sara (Fuller House’s Landry Bender), but his relationship with the rest of the group is just hate/hate. And the Weekday Warriors are so convinced that The Colonel ratted on Alaska’s roommate and her WW boyfriend that they take it out on Miles by wrapping him in plastic wrap and throwing him into the lake. Miles barely escapes the school’s evil swan and swims to safety, after which he sees Alaska crying in her room and putting daisies in a vase. When he tries to talk to her, she is cold and mean to him. The next day, however, she apologizes. Miles calls his parents to tell them that he thinks he’s found his Great Perhaps. 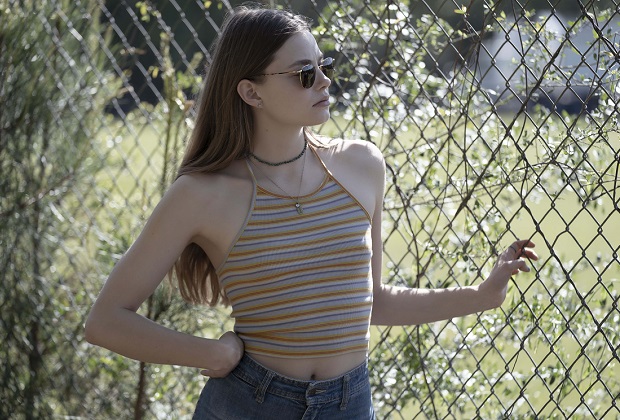 But there’s trouble afoot: The war with the Weekday Warriors is on, and even more worrisome, it’s just “102 Days Before” that daisy on the broken windshield, a title card reveals.

The show’s ensemble also includes Sofia Vassilieva (Black Lightning, Medium) as new student Lara, who has a crush on Miles; Timothy Simons (Veep) as the school’s strict Dean; and Ron Cephas Jones (This Is Us) as a wise religions teacher.

What did you think Hulu’s Looking for Alaska? Grade it below, then hit the comments!