Michaela Pratt is about to get hit with a big wave of déjà vu.

On tonight’s episode of How to Get Away With Murder (ABC, 10/9c), Michaela takes a road trip to New York in order to track down her biological father. Of course, if that sounds familiar, it’s because she did the same thing two weeks ago, when she still believed her birth father was Dwight Halpern.

Dwight had unfortunately died in prison last year… but he wasn’t related to Michaela, after all. As she discovered in last week’s episode, her real dad is Solomon Vick, the lawyer who defended Dwight in his trial. Solomon had slept with Dwight’s wife during the case and ultimately got her pregnant, which resulted in Michaela.

Episode 4 of the sixth and final season, titled “I Hate the World,” will find Michaela and Gabriel on a mission to find Solomon, after learning about Michaela’s paternity from Annalise’s therapy tapes. Ray Campbell (Better Call Saul) makes his debut as Solomon during the hour, and TVLine has an exclusive first look at his appearance.

Elsewhere in the episode, Annalise, Tegan and the students defend a woman accused of violating a disabled man’s civil rights, while Bonnie helps Nate get more intel on Tegan.

Scroll down for a glimpse at Solomon Vick’s arrival on HTGAWM, then drop a comment with your hopes for the next episode. 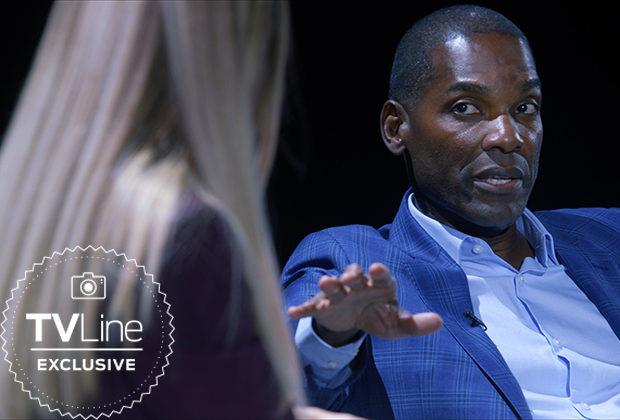 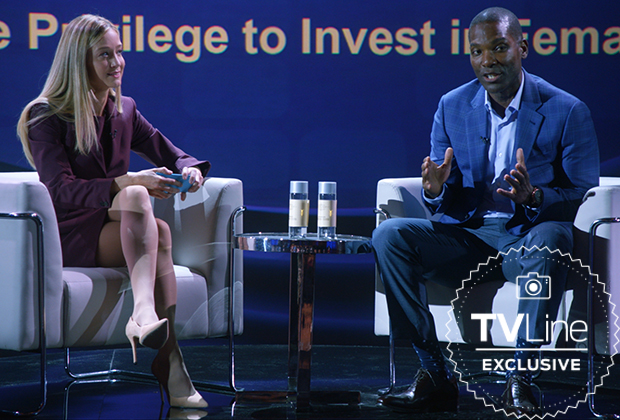