With The Voice’s Season 17 Battles fast approaching — they start in the second half of the Monday, Oct. 14, episode — Blake Shelton, Kelly Clarkson, John Legend and Gwen Stefani worked to complete their teams Monday. Looking over their rosters ahead of Night 5 of the Blind Auditions, I’d have given the edge to reigning champ John, whose sophomore-season lineup included three singers who really seemed to make an impression on the audience (Katie Kadan, Mendeleyev and Preston C. Howell). Of course, any of them could fall apart in the Battles. And new frontrunners could have emerged Monday. But did they? Let’s review the performances, then you can hit the comments to debate and discuss.

Joana Martinez (Team Blake), “Call Out My Name” — Grade: A | I couldn’t believe John didn’t swivel his chair along with the rest of the coaches for this Miami 15-year-old. He knew she was freaking great — he even called her Weeknd cover “near-perfect.” I was with Blake: It wasn’t near-perfect, it was perfect — composed, polished, powerful… just gorgeous. And that lower register — holy crap! You know a contestant’s done everything right when the panel’s biggest criticism is that maybe she shouldn’t have closed her eyes so much while singing. 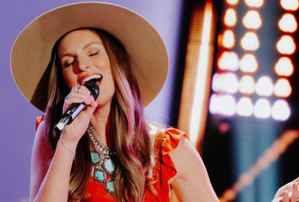 Brooke Stephenson (Team Kelly), “Let Him Fly” — Grade: B | Presented at first as a truly blind audition, this twentysomething nanny/dog-sitter dazzled with the purity and clarity of her earthy voice. As the coaches started turning their chairs, I could’ve sworn I heard her run afoul of a slight pitch issue. But it certainly wasn’t in evidence as she finished her Patty Griffin cover, nailing notes both larger and smaller. When she was done, John praised the quality of honesty that Brooke brought to her performance — yet, again, he hadn’t turned his chair. Bewildering!

Zach Bridges (Team Blake), “Ol’ Red” — Grade: C | Before hitting the stage to perform Blake’s song in front of Blake, this genial 28-year-old X-ray tech admitted that he was shaking in his boots. Nonetheless, Zach started off pleasantly enough, hinting at a little bit of a rasp that I wouldn’t have minded hearing more of. But as he went on, I kinda thought, “Eh, this is average, maybe even a little below average.” Not painful or bad, just not amazing. Unless Zach gets a big boost from his coach’s popularity, I don’t see him surviving the Battles.

EllieMae (Team Blake), “Merry-Go-‘Round” — Grade: C+ | I was bummed that this 21-year-old, who was hoping to buck tradition and not go into her family’s dairy-farming business, got an abbreviated audition package, because she sang with a sweetness that made me interested enough to look up from my recapping. Maybe she wasn’t a showstopper like Brooke Stephenson, but I thought she was more interesting and memorable than Zach Bridges. Maybe I’m just a sucker for sweetness; EllieMae only got one chair turn. 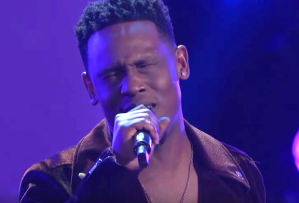 Jessie Lawrence (Team Gwen), “All or Nothing” — Grade: C | Before this 31-year-old commercial painter from Newark, NJ, stepped into the spotlight, he told us that he’d spent some of his lonely youth in group homes. And was it just me, or was there a lot of Billy Porter in his speaking voice? In his abridged Blind, Jessie hit some nice, big notes and finished with a lovely round one. But there wasn’t any “wow” to what we heard. Mostly, he just made me miss better soul crooners like Season 16’s Shawn Sounds.

Brennen Henson (Team Gwen), “Riptide” — Grade: B- | This 20-year-old alt-rocker from Flint, Mich., told us before his performance that the water crisis in his hometown had taught him not to take things for granted. On stage, he sang with an attention-getting urgency. He didn’t strike me as the most polished contestant, even of Monday’s contenders, but maybe a little rawness was just right for the genre in which he wanted to compete. Gwen was right when she said that Brennen’s voice had a character that would make him stand out from the crowd. He might not be as technically good a singer as teammate James Violet or Team Blake’s Jordan Chase, but he might be the more interesting one, which could be more important in the long run.

Jared Herzog (Team Legend), “Speechless” — Grade: C | Before his performance, this 21-year-old from Florida shared that he’s attending the same college as Voice winner Jordan Smith, who — what are the odds? — just happened to phone in with some pre-audition encouragement. When Jared stepped behind the mic, he started off singing with an appealing, feathery lightness (and he seemed to have a pretty good falsetto, too). But when the song called for him to go a little bigger, he sounded a little weaker. By the time he was done, he struck me as a karaoke-night hit without the technical chops to go the distance. 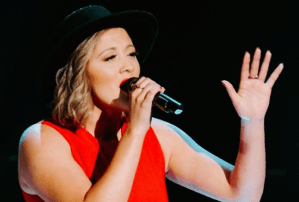 Lauren Hall (Team Kelly), “One and Only” — Grade: B | Before her audition, this WeHo soccer player and Chloe Kohanski fan told us that she’d been auditioning for the show for seven years; Season 17 was the first time that she’d made it past the open call. When at last she got to try out for the coaches, she got a chair turn from Kelly after singing only one line of her Adele cover. As her performance went on, she revealed that she has good dynamics and a standout growl (which she smartly deployed sparingly). Maybe the coaches were listening for her to go even bigger on the big notes, but I thought she deserved more than a single chair turn.

Matt New (Team Legend), “Sunflower” — Grade: B- | This Texas gym owner gave up his dreams of a recording career when he wound up starting a family at 18. Thankfully, he found his way back to music, because his voice has a really cool tone and a smooth quality to it. On one of his bigger notes, he got a bit pitchy, and I would have liked to have heard more range from him. But overall, this was pretty good. It even got a last-minute chair turn from John (which might say more about the potential that the coach heard in Matt than it does about this particular performance).

Ricky Duran (Team Blake), “River” — Grade: A- | Before his audition, this 29-year-old from Worcester, Mass., revealed that he’d lost his dad to suicide and his mom, more recently, to illness. So his song was dedicated to them. From the start, Ricky sounded totally connected to the number. Taking notice, all four coaches turned their chairs. From that point, Ricky demonstrated admirable control but in such a way that he still seemed loose and spontaneous on stage. “Your voice can do so much,” Gwen noted. And she was right — Ricky could go raspy, he could land a super-smooth run, he could sound casual and in-the-moment… in other words, he could be a real contender.

So, did anyone really wow you Monday? Vote for the standout below, then hit the comments. Whose team do you think is looking the most formidable?