The Robinsons will be home for Christmas… if by “home,” you mean light years away from Earth.

It was announced Saturday at New York Comic Con that Season 2 of Netflix’s Lost in Space reboot will release all 10 episodes on Tuesday, Dec. 24.

Additionally, a first teaser trailer (above) was released, in which young Will Robinson longs to track down Robot and JJ Feild (TURN: Washington’s Spies) makes his debut in the recurring guest role of Ben Adler, chief of advanced systems and artificial intelligence — and Maureen’s academic contemporary. 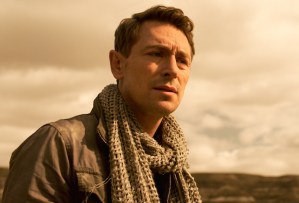 Lost in Space Season 2 promises more “danger!” and adventure for the Robinsons, now that the Jupiter 2 has been stranded on a mysterious ocean planet without Robot. The family must work together, alongside the mischievous and manipulative Dr. Smith and the always charming Don West, to make it back to the Resolute and reunite with the other colonists.

Alas, they quickly find all is not as it seems, and a series of incredible new threats and unexpected discoveries emerge as they look for the key to finding Robot and safe passage to Alpha Centauri.

Want scoop on Lost in Space, or for any other show? Email InsideLine@tvline.com and your question may be answered via Matt’s Inside Line.