If you swore you could hear cellos today, coupled with the inexplicable urge to kick down a door, it might have something to do with the cast of Angel reuniting at New York Comic Con to celebrate the show’s 20th anniversary.

To sweeten the pot, the special reunion panel was moderated by Clare Kramer, who played Glory on Buffy the Vampire Slayer, the show from which Angel spun off in 1999.

This is actually the second time the show’s cast has come together to celebrate its big anniversary. All of the aforementioned stars, plus Boreanaz and series co-creator David Greenwalt, took part in a reunion interview for Entertainment Weekly in June 2019, where they shared untold secrets from their days on The WB. 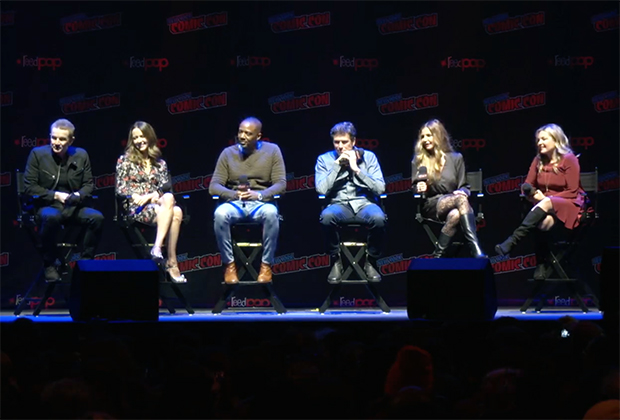 (For example, did you know that production was briefly shut down in Season 1 in order to retool the show, as the network initially deemed it too dark?)