It’s “Dark Days Ahead” for Marvel’s Runaways as they contend with Elizabeth Hurley’s Morgan le Fay in the newly released, New York Comic-Con teaser trailer for Season 3 of the Hulu series.

Premiering on (a very unlucky?) Friday, Dec. 13 (with all 10 episodes), the new season finds the Runaways frantically searching for their captured friends Chase, Gert and Karolina. Along the way, the kids will go head to head with an unstoppable enemy who has targeted Leslie — or more accurately, the child she is carrying.

Nico will draw everyone into “a dark realm” where its ruler — the sorceress Morgan le Fay, played by The Royals‘ Elizabeth Hurley — is much more nefarious than anyone the kids have yet to face. 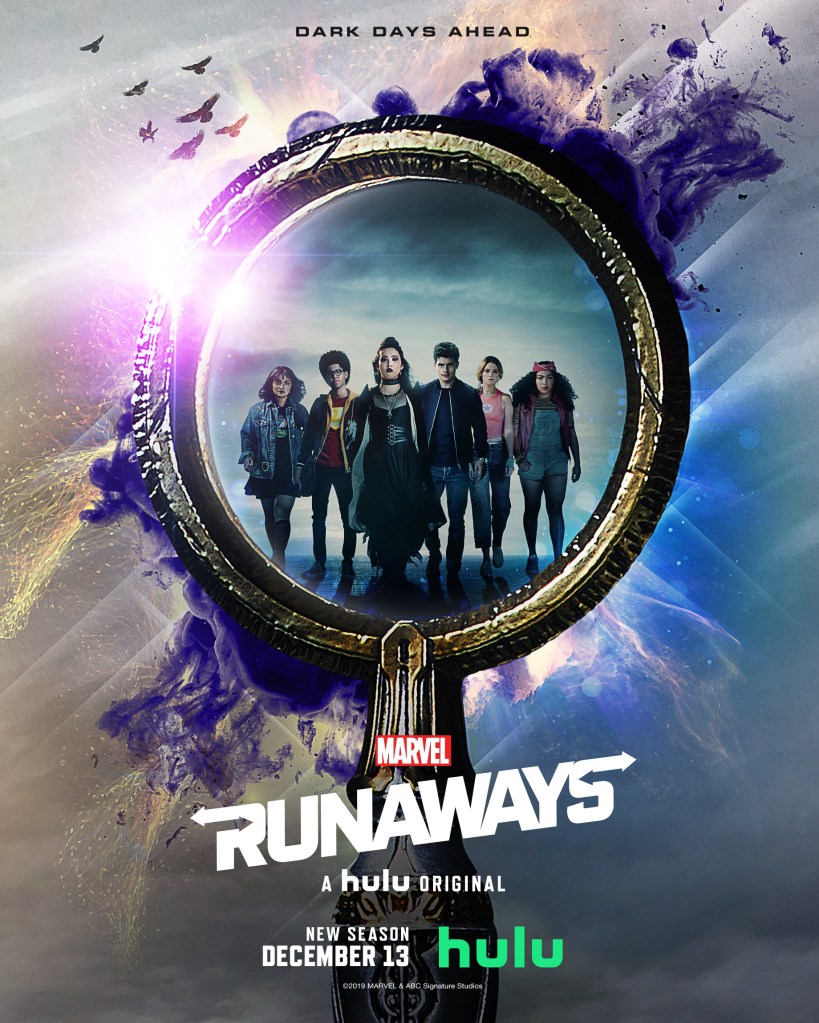 Described as an iconic villain from Marvel comics, Morgan le Fay is a student of Merlin and as such is considered the greatest sorceress of all time. With a black crow as her familiar and the ability to 1) enchant objects, 2) manipulate mystic energy and 3) astral project, she is powerful and intelligent while also wielding a cut-throat wit.

“Elizabeth Hurley is joining the Marvel Universe, and we couldn’t be more thrilled to have her portraying one of the most enchanting Marvel characters,” said Marvel Television chief Jeph Loeb.

Also as part of Season 3, the Runaways will get a super assist from Cloak & Dagger‘s Tandy and Tyrone — as teased in the trailer’s very final seconds.

Want more scoop on Runaways, or for any other show? Email InsideLine@tvline.com and your question may be answered via Matt’s Inside Line.