Jughead is switching schools this season on Riverdale… and maybe there’ll be fewer murders at this one? (Ah, who are we kidding? Probably not.)

TVLine has an exclusive first look at Season 4’s third episode — airing Wednesday, Oct. 23 at 8/7c on The CW — which finds Jughead getting acclimated at his new high school, the tony Stonewall Prep. And it does look a lot snootier than Riverdale High, based on these photos. Look, Jughead is forced to wear a collared shirt! (Although he still gets to wear his signature beanie, thank goodness.)

Plus, the new photos give us our first glimpse of Supergirl alum Sam Witwer as Stonewall Prep teacher Mr. Chipping, leading Jughead and his fellow students in a small study group. We already know Mr. Chipping teaches creative writing at Stonewall and takes Jughead under his wing, but “there’s a darkness hidden far beneath the surface,” the show hints. Well, he wouldn’t be a Riverdale character if he didn’t have at least a little darkness in him, right?

Scroll down for a closer look at Jughead’s new halls of learning, Riverdale fans, and then hit the comments below with your Season 4 predictions. Will Mr. Chipping end up being friend or foe? 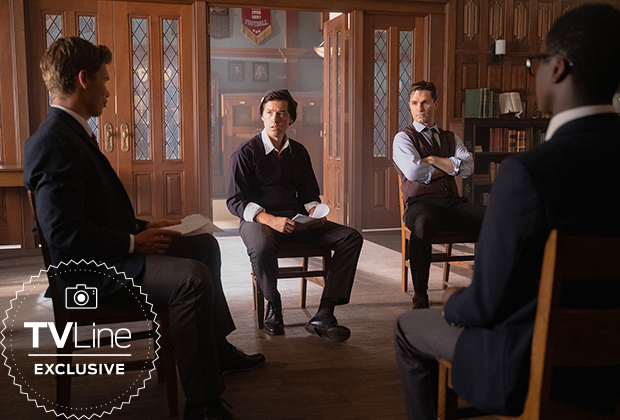 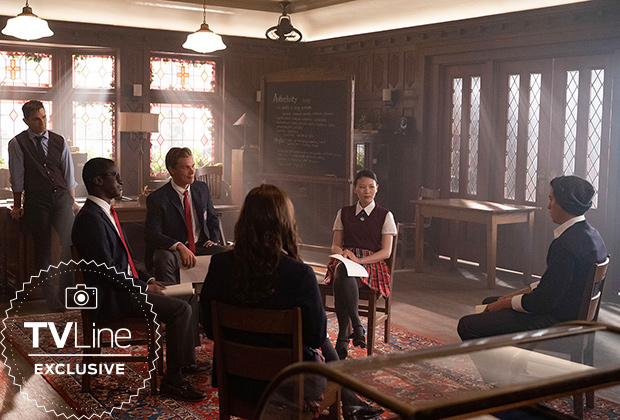