This week on The Good Doctor, Shaun fields advice about his relationship with Carly, while Claire deals with an unwanted houseguest and Lim faces a difficult decision at work.

We begin Episode 2 at the loft, where Lea urges Shaun to give dating another chance. At the hospital, he is confronted by Carly, who notices his discomfort and assures him that she had a really nice time at dinner. In fact, she’d love another date. But Shaun tells her that he had a horrible time — so much so that he never wants to see her again. (Ouch!) 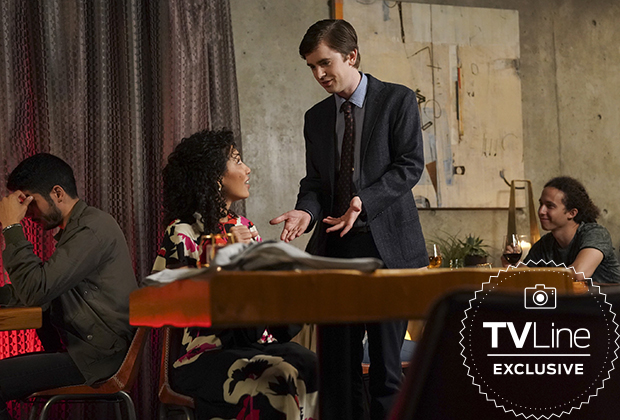 Later that night, Carly shows up at Shaun’s apartment and tells him that they need to talk. “I thought we had a really nice time,” she says. “I’m confused about how you feel, and how I feel about how you feel… so if you have any feelings for me at all, you’ll help me understand.” The two then embark on a late-night walk, during which Carly reveals to Shaun that her little sister Andi has autism as well. She thinks growing up with Andi helps her better understand Shaun, but it also makes her wonder about herself. Did she go out with Shaun to prove something? Did she think it would somehow make things better for Andi? “Trying to figure out what we want, why we want it, and if it’s good for us, are all good questions,” Carly says. “They can’t all be answered over one dinner.” 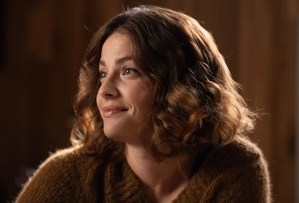 Throughout the hour, Shaun receives pointers from his friends and colleagues. First there’s Park, who recounts the story of his own disastrous first date with Mia, which ended in the E.R. after she took a hockey puck to the face; had he given up, he wouldn’t have found happiness. Second is Morgan, who explains that love is biological, and it’s never going to make sense to Shaun or anyone else. Third is Lea, who makes Shaun aware that he couldn’t have explored all the possible permutations of a relationship with Carly after just one date. Then there’s Glassman, who tells his mentee that it’s worth opening himself up to potentially getting hurt.

The advice doesn’t stop there. Andrews explains that few things in life come without a cost — and the surgical attending speaks from experience, having recently been ousted as president after he defended Murphy and fired Dr. Han. But perhaps the most important advice comes from Claire, who tells Shaun that some of her best dates have been lounging out on a couch, sharing a bag of chips. Shaun likes the sound of that, and heads to the pathology lab with a delicious snack in hand. Since there’s no couch, he and Carly sit down on the floor for a low-key second date.

In addition to helping Shaun, Claire this week navigates what it means to have her mother back in her life. The bipolar Breeze recently suffered a setback (she went off her medication, dabbled in drugs and alcohol, and lost her apartment), but seems to be doing better now. Claire initially gives Breeze just one week to find another apartment, but eventually softens and tells Mom that she can stay as long as she continues to take her meds and see her psychiatrist. Meanwhile, at work, Lim chooses Claire to be the first of the third-years to lead a surgical procedure — and Morgan is not happy about it. 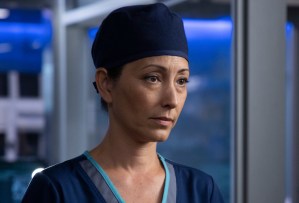 Last but not least are Lim and Melendez, who find their relationship put to the test for the first time since Lim’s promotion. As chief of surgery and Melendez’s boss, she is forced to intervene when a newborn’s parents suspect that Melendez made a mistake in surgery. Lim assures them that Melendez is one of St. Bonaventure’s top surgeons and “erred on the side of caution” during their son’s procedure, which rubs her boyfriend the wrong way. Lim then offers to perform the follow-up surgery, which reveals that the baby had two unrelated conditions causing the same symptom; they would have never discovered the second condition had the boy not faced complications following the initial procedure. At the end of the day, Lim and Melendez that this was just a bump in the road, and they’ll get better at not letting their professional relationship interfere with their professional one.

What did you think of The Good Doctor Season 3, Episode 2? Hit the comments with your reactions.