Morale at Cloud 9 is at an all-time low in Superstore‘s Season 5 premiere, which picks up just three hours after Mateo was hauled away by ICE agents.

We begin outside the detainment center where Mateo is currently in custody. Jonah has organized a candlelight vigil where everyone has gathered, but is feeling rather helpless. They decide to sing a song that Mateo would like, in a language they all know, and eventually settle on… the Bagel Bites jingle. 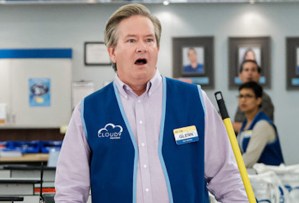 One week later, Amy and Dina gather the staff to introduce corporate’s new “forward-thinking” initiative, Cloud 9.0. Glenn is excited that corporate is trying to find a way to let customers know that their brick-and-mortar operation is keeping up with the times, but his mood changes when he finds out that the new automated floor cleaner is also named “Glen.” He then spends the rest of the episode convinced that “Glen” is going to steal his job — and his wife!

After the meeting, Amy calls Jonah into her office and asks him to cool it on the union stuff for a while, at least until corporate paranoia dies down. In the meantime, she puts him in charge of programming Glen the Robot’s daily route. While he’s still working out the kinks, the contraption crashes into one of Mateo’s displays, which drives Cheyenne mad. She runs full-speed in the direction of the machine and tackles it to the ground, while Glenn cheers her on from the sidelines. 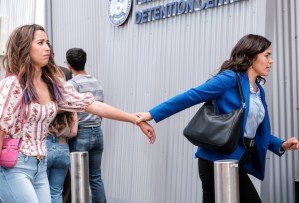 Cheyenne spends much of the episode trying to avoid her feelings about Mateo’s current predicament. Amy eventually tricks Cheyenne into accompanying her to the detainment center, where Mateo tries to keep a brave face, but eventually opens up about what it’s really like inside.

“It’s cold, and there aren’t enough blankets,” he says. “I mean, it’s flat-out disgusting — and apparently this is one of the nicer places. The guards think all undocumented people are Latinos, and they just keep yelling at me in Spanish, and I don’t understand what they’re saying. I just want to go home.” 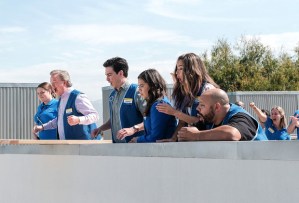 Seeing Mateo like that triggers Amy, who returns to Cloud 9 ready to rage against the machine. The entire staff heads up to the roof and arranges for Glen the Robot to fall to its death. They watch as it rolls off the ledge and hits the pavement… then gets back up on its own two wheels and heads inside. “Holy s–t!” Amy exclaims. Is Glen indestructible?!

* Dina, Marcus and a reluctant Garrett try to come up with a way to break Mateo out of the detainment center. When Garrett backs out, Dina comes to her senses and realizes that her harebrained scheme doesn’t stand a chance. 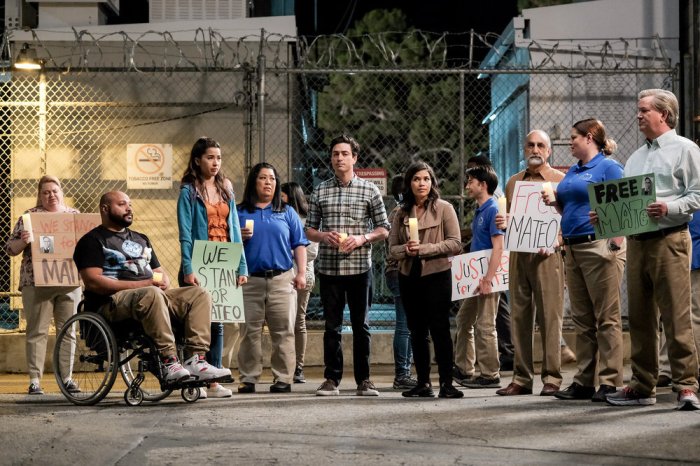 * Later, Garrett comes across Dina rewatching security footage from the ICE raid in an attempt to figure out if she could have done anything differently to prevent what happened to Mateo. Garrett assures her that she did everything she could, then Dina convinces herself that it’s all Garrett’s fault; she’s been off her game ever since he accidentally killed her birds.

* Carol congratulates Sandra on her engagement to Jerry. She says she’s happy for them, and the best woman won — and it’s deeply unsettling.

What did you think of Superstore‘s Season 5 premiere? Grade it via the following poll, then voice your thoughts in the comments!