Warning: The following contains major spoilers for Wednesday’s Chicago Fire. Proceed at your own risk!

Chicago Fire lost one of its own during Wednesday’s Season 8 premiere, when Brian “Otis” Zvonecek (longtime series regular Yuri Sardarov) died as a result of injuries sustained in the mattress factory fire. Lying on his death bed, with a crying Cruz at his side, Otis spoke his final words in Russian. It wouldn’t be until three months later that Cruz would learn what his friend had said to him: “Brother, I will be with you, always.”

Below, showrunner Derek Haas talks about the decision to say goodbye to Otis and the lasting impact his death will have on the firehouse.

TVLINE | You’ve done a couple of cliffhangers in the past where all the members of the firehouse miraculously survived. Did you feel like someone had to perish this time to really reinforce the stakes of the job?
You hit the nail on the head. I didn’t know what we were going to do when I wrote the ending to the season. Then when I was [on] hiatus, I was talking to Andrea Newman and Michael Gilvary, my two head writers — we were really just catching up over the course of the break — and as we were talking, we just said, “We gotta put some teeth back into the show, and we gotta show that the dangers are real.” I called Dick Wolf and I said, “We’re thinking about killing off Otis,” and I probably talked to him and [Wolf Entertainment President and executive producer] Peter Jankowski for an hour. Dick, who draws on more experience than anyone in the world, said, “As long as you’re honest with the storytelling, the audience will go with you.” So that was it. 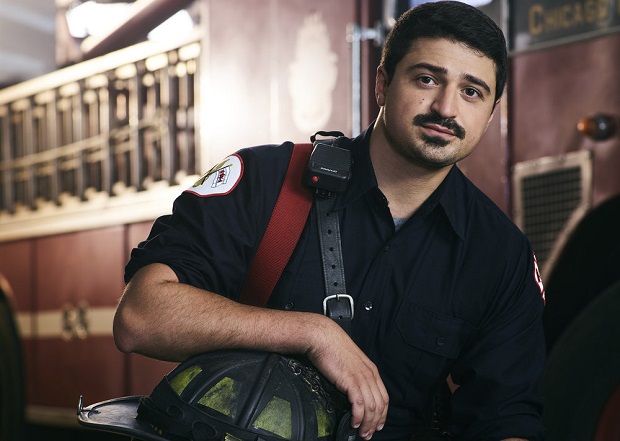 TVLINE | There were a number of characters, though, who were in jeopardy in that mattress factory fire. Why did you decide that it would be Otis who would be the one to lose his life?
One, we didn’t want it to just be Otis that there was a ramification to, and so we had Brett’s arm fractured. When you think of threats on the show, a character saying she’s going to get married and move away, our audience is used to us then saying, “Oh no, we resolved that quickly,” and we wanted to show, “No, we’re doing what we said we were going to do. She is getting married and moving away.”

But then two, when we decided it was going to be Otis, there was some talk about, “Do we make it Ritter?” but it felt like that was almost not as serious. It almost wouldn’t be the same situation or effect, because he was such a new character that the audience would think, “Oh, we were just doing that intentionally from the beginning,” because it wouldn’t have had the stakes that it would have if it were a core cast member. And then we just decided it would be Otis because he lives with Cruz and Brett, and he’s on Casey’s truck, and he’s in Boden’s house, and he’s best friends with Mouch, and owns a bar with Herrmann… There are a million feelings that everybody has from a guy who’s been on the show from almost the first scene, and actually, a guy I’ve known since prior to Chicago Fire. We did a movie together that I wrote and directed that he was in. From a personal standpoint, it’s really difficult as a showrunner to tell an actor, “Hey, this is what we’re thinking,” when you not only know them as a really great actor, but also as just a good person and friend. But I called Yuri and told him what we were going to do, and I’ve never had a call as professional and as gracious, and I think, in the back of my head, that I know why, which is that he’s a writer himself, and he understands that you, as a writer, have to surprise the audience and give them something that they weren’t expecting. Plus, he’s at the beginning of his career, and this isn’t his swan song by any stretch.

TVLINE | Where did the idea come from to have Otis’ last words be in Russian?
I’m glad you asked that, because it gives me a chance to give credit to an unsung hero on the show, which is Arthur Forney, who is our head of post, who has been with Wolf for 30 years, I think, and is such an important part of why our show is successful, or has been successful in the past. I wanted to do the memorial. I had thought of that over the break. There’s a firefighter memorial that I pass on the way from work to home every day, and that image was in my head. I wanted Cruz’s speech about, “I’m worried about how I’m going to be remembered, and who’s going to remember Otis, and who’s going to tell his story when he’s gone?” and I thought of Boden saying that anyway. I wrote that draft, and then Arthur Forney read the script, and he walked down to my office and he said, “What if Otis said something cryptic in Russian on his deathbed, and then you find out what he said was meaningful at the end?” and it was like I had been struck by lightning. I was like, “That is such a great idea. I cannot wait to write the next pass,” and then I did it.

TVLINE | You’ve said that this loss would have consequences beyond the premiere, and in the episode, we see some of how it’s impacting the characters after three months have already passed. How is it affecting the firehouse moving forward in the upcoming episodes?
It was a big deal to us to show that this wasn’t just a writing device that we would use for the surprise factor and then forget about it and pretend that we’re going to have a season where there’s this character who is beloved that is forgotten. No, we’re not doing that. We’re emotionally going to invest time and story time in almost every character and how they deal with a loss like this differently. Different people get to the other side of it at different times, and people react to these things in different ways. One character might take it really hard and have trouble and struggle, and one character might be impulsive about doing something else, and another character might invest a lot of time and energy into a fourth character. The theme of, for sure, the first half of the season is how characters deal with that big of a loss. 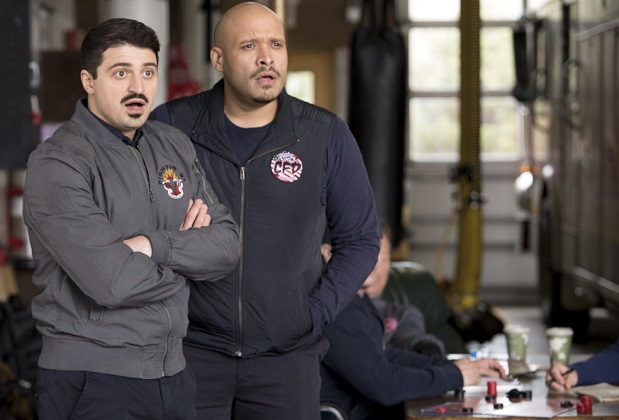 TVLINE | There are two characters in the premiere that are hit pretty hard, in particular: Cruz and Casey. How is this going to impact their journeys this season, both on a professional level and on a personal level?
Cruz is certainly going to go through waves of being, I don’t want to say depressed, but like being down to waves of euphoria… His levels are going to be off for a while, and I think that’s normal. Casey’s going to be dealing more with it from a leadership standpoint. It’s a job that requires you to have someone’s life in your hands, and not only that, but [for Casey, the dilemma is], “We have to keep doing it, the bells aren’t going to stop going off, the people aren’t going to stop being in trouble… I’m going to have to be responsible for sending people in. So what is the composition of that team, and who do I go and find… What kind of energy am I looking for to bring into the house, and what does the house need at this time?” That’s what Casey’s going to be dealing with.

Fire fans, what did you think of the season premiere? Grade it below, then hit the comments!