Christmas is a time for family, so Good Trouble is very fittingly bringing together Callie and Mariana’s entire Fosters clan (and then some!) for its upcoming holiday special, TVLine has learned exclusively.

The two-hour event will feature the returns of Teri Polo and Sherri Saum (as moms Stef and Lena), plus David Lambert and Hayden Byerly (as siblings Brandon and Jude). And although Noah Centineo (Jesus) is not pictured in TVLine’s exclusive photo, rest assured that The Internet’s Boyfriend will be part of the festivities. While each family member already visited Callie and Mariana’s new digs during the spinoff’s first season, the special marks the first time all of the Adams Fosters will be reunited since the original series ended its run last year.

On top of that, the Christmas gathering will also include a number of in-laws who made their debut on The Fosters: Brandon’s wife Eliza, her parents Jim (Robert Gant) and Diane (Susan Walters), and her brothers Jamie (Beau Mirchoff) and Carter (Spencer List). Of course, Jamie is no stranger to Good Trouble, where he recurs as Callie’s boyfriend. As for Carter, he previously clicked with Jude on The Fosters, so this reunion could be quite interesting.

“Look who’s coming to town. It’s not Santa, but our beloved Adams Foster family will be bringing plenty of cheer,” co-creator Joanna Johnson tells TVLine. “Tune in to see who’s been naughty or nice and for all the drama and hijinks of a Foster family/Coterie holiday mashup!”

The holiday special — written by Johnson and directed by co-creators Bradley Bredeweg (Hour 1) and Peter Paige (Hour 2) — is slated to air this winter. Viewers can catch up on all episodes of Good Trouble on Hulu.

Scroll down for an exclusive first look, then hit the comments with your thoughts on the big reunion! 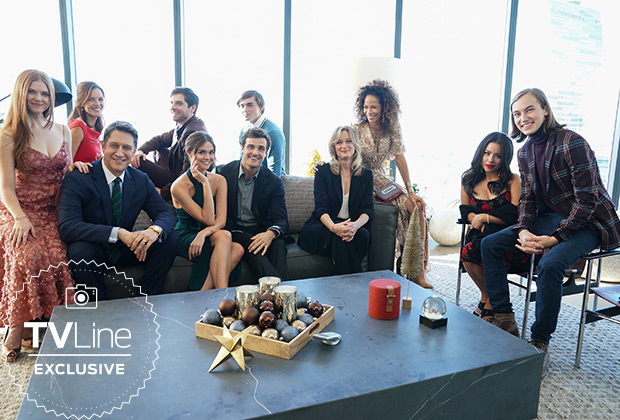 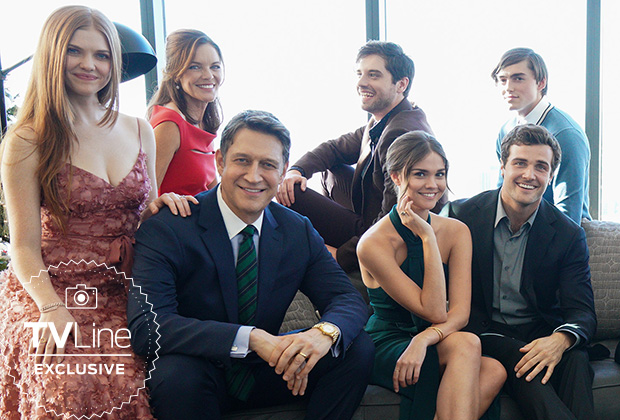