THE PERFORMANCE | Portraying real-life Mossad spy Eli Cohen in Netflix’s riveting six-episode thriller afforded funnyman Cohen the rare opportunity to flex his dramatic acting chops. And the artist formerly known as Borat more than rose to the occasion, delivering a searing, visceral performance that peaked in the series’ tense and ultimately (and inevitably) somber finale.

Cohen also vividly conveyed his alter ego’s escalating identity confusion, with Eli at one point lamenting with heartbreaking poignancy to his Mossad trainer, played by The Americans‘ Noah Emmerich, “I’m pretending to be me.”

The pinnacle of Cohen’s performance arrived at the finale’s tragic conclusion, during which the Who Is America? chameleon ably embodied Eli’s quiet resignation as the mentally and physically broken spy was led to his public hanging. As the noose was lowered around Eli’s neck, Cohen — with just an upward tilt of the head and a subtle shift of the jaw — silently, breathlessly infused his alter ego’s final moments with brutal defiance. 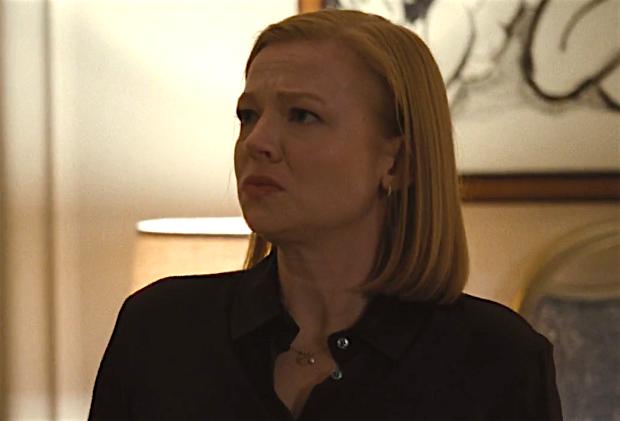 HONORABLE MENTION | Shiv’s impromptu outburst at Succession‘s big dinner party last Sunday resulted in a sterling showcase for Sarah Snook. We watched in awe as the actress expertly turned her normally unflappable character into a rattled, frenzied mess in the wake of ill-timed disclosure that she was the Logan scion getting the keys to family’s media empire. “I don’t know, I just f–king said it,” she stammered to hubby Tom when pressed about her reckless action, Snook imbuing each word with aggravated regret. When Shiv began to consider the possibility that her verbal gaffe could cost her the coveted throne, Snook brilliantly shifted from anger to fear, before ending her alter ego’s meltdown with this perfectly rendered summation: ‘I f—ked it.” 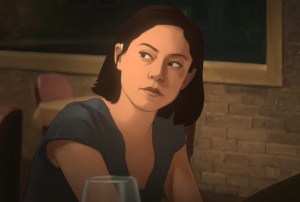 HONORABLE MENTION | Yes, the rotoscope animation that gives Amazon’s Undone its signature look is eye-catching. But five minutes into the series premiere, we were way more focused on lead actress Rosa Salazar than on how her character was drawn: The woman is fascinating. Salazar gives Alma a laid-back affect — full of sarcastic eyerolls and scoffing laughs — that nearly belies her deep dissatisfaction with the way her life has unfolded. But when Alma and sister Becca fought outside the church about who is more broken, that thin veneer of “whatever”-dom cracked, and Salazar tearfully gave viewers a hint at how profoundly Alma’s losses — chiefly, the mysterious death of her father years earlier — have shaped her. We’ve seen beyond the first episode, and trust us: Salazar is one of this TV season’s brightest lights. 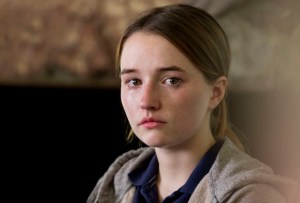 HONORABLE MENTION | As the title of Netflix’s new, inspired-by-true crime drama, Unbelievable refers both to the invasive process to which rape victims are subject, as well as the credibility of the case at hand in the opening, hard-to-watch episode. Kaitlyn Dever fully drives that first hour as Marie, a teen in at-risk housing who one night is assaulted by a home invader. Or… was she? We never truly doubt Marie’s account, wavering as it may be, in part because of the violent memory “flashes” she privately endures. But when the detectives laboring to investigate her case start to uncover glaring inconsistencies, Dever — with a performance that toggles between quietly traumatized, hysterically sobbing, crestfallen, and a chilling blank stare — does make the viewer wonder what truly transpired.