The Resident will stage a family reunion in Season 3, with the help of David Alan Grier.

Lamar is described as a larger-than-life businessman with a prideful manner and substantial ego — not unlike the son he gave up for adoption 35 years ago. But after he’s diagnosed with pulmonary fibrosis, Lamar is desperate to reconnect with AJ, hoping to find a love and connection that he lacks with the children he raised.

Per Resident co-creator Amy Holden Jones, who spoke with TVLine at the Television Critics Association summer press tour in August, Season 3 “will expand our understanding of people’s families.” Viewers will meet the Raptor’s biological and adoptive families in upcoming episodes, and “Mina has big support for him in that time,” she revealed.

Added star Matt Czuchry: “Given that Conrad had an experience with his father last season, Conrad has some advice to offer the Raptor. We’ll see them bond in a way they haven’t before.”

Grier’s gig on The Resident will bring him back to Fox, following a stint on the network’s one-and-done comedy The Cool Kids. His recent credits also include Queen Sugar, Catastrophe and The Carmichael Show.

The Resident returns on Tuesday, Sept. 24 at 8/7c. Scroll down for an exclusive first look at Grier’s appearance on the show, then drop a comment with your thoughts on his casting. (With reporting by Vlada Gelman) 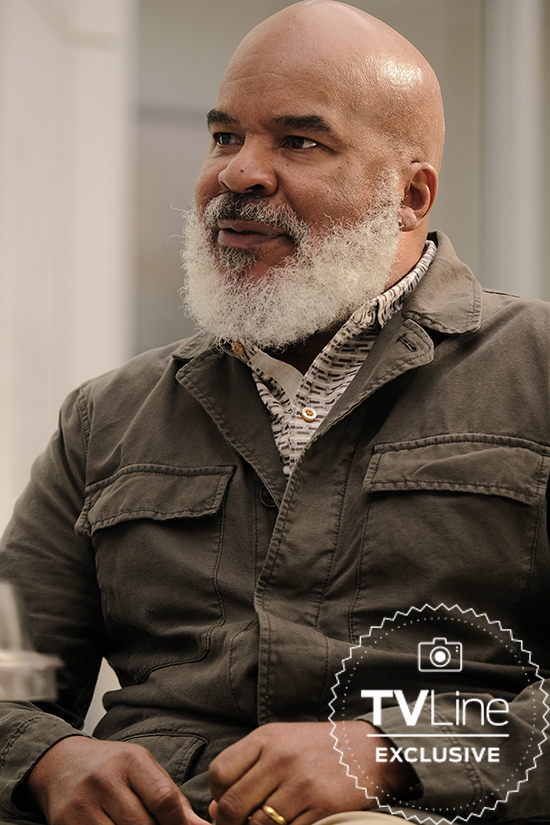