New Amsterdam is sending Max to a new doctor: Ana Villafañe (Broadway’s On Your Feet!, South Beach) will recur during Season 2 as oncologist Valentina Castro, TVLine has learned exclusively.

Dr. Castro is described as young, whip-smart and enthusiastic — all qualities Max will likely need as he undergoes treatment for cancer. The doc also has a history with Dr. Helen Sharpe, who let her go from the hospital several years ago. (Get an exclusive first look at the new doc and her patient above, then scroll down to keep reading.)

As viewers might recall, Helen reinstated herself as Max’s doctor in last season’s penultimate episode and vowed to find him a new regimen. She later requested that Max’s medical records be sent to Dr. Castro. Then Helen found herself in the middle of another crisis when an ambulance carrying her, Dr. Lauren Bloom, Max, his wife Georgia and their newborn daughter was involved in a horrific crash. At the close of the Season 1 finale, Helen’s whereabouts were unknown, so here’s hoping Dr. Castro has come in because of her skills, and not because — gulp — Helen has been hurt or worse. 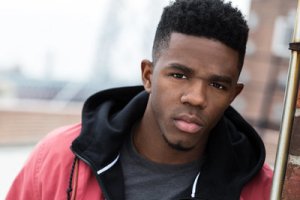 Additionally, Ian Duff (Homeland) will recur as Michael Duke, Dr. Floyd Reynolds’ new intern, who has innate gifts when it comes to surgery but still has a lot to learn when it comes to being a good doctor.