Disney+’s The Falcon and the Winter Soldier Marvel series has added a good guy (well, gal) and… someone we are not quite sure about.

As part of the news-ariffic D23 Expo on Friday, it was confirmed that Revenge alum/The Resident costar Emily VanCamp will reprise her MCU role as Sharon Carter (aka Peggy’s niece) in the Falcon and Winter Soldier, which stars fellow MCU vets Anthony Mackie and Sebastian Stan in the title roles and is poised to be the first Marvel series released (in fall 2020) on the new streaming service.

VanCamp’s possible involvement in the Disney+ series was first reported in May. 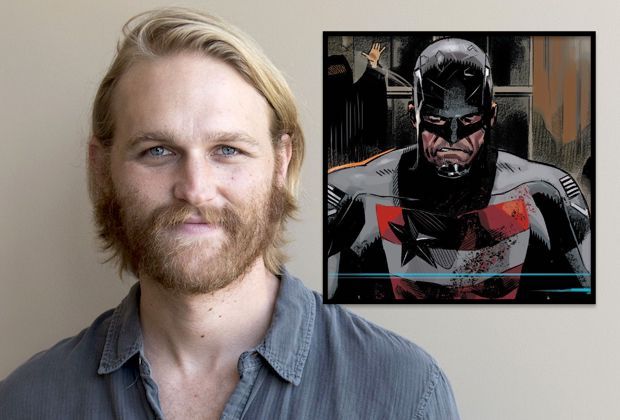 Additionally, Lodge 49‘s Wyatt Russell has boarded the series as John Walker, who in comic book lore adopts the alter egos of U.S. Agent or Super-Patriot — whatever the case, he is often positioned as an adversary to Captain America, the mantle that Falcon aka Sam Wilson was invited to inherit at the end of Avengers: Endgame.

Meanwhile, Disney+’s WandaVision series starring Elizabeth Olsen and Paul Bettany has added Kat Dennings and Randall Park as their MCU characters from the Thor and Ant-Man movies, as well as Kathryn Hahn (Transparent).

Disney+ launches on Tuesday, Nov. 12. TVLine hears that episodes will be released on a weekly basis, versus the all-at-once “binge” model.