Netflix on Thursday announced that Living With Yourself, an existential comedy starring Paul Rudd and… Paul Rudd, will premiere on Friday, Oct. 18.

The eight-episode series, which hails from Emmy and Peabody Award winner Timothy Greenberg (The Daily Show With Jon Stewart), centers on Miles (Rudd), “a man who is struggling in life. When he undergoes a novel spa treatment that promises to make him a better person, he finds he’s been replaced by a new and improved version of himself. As he deals with the unintended consequences of his actions, Miles finds he must fight for his wife Kate (This Way Up‘s Aisling Bea), his career, and his very identity,” according to the official logline.

Living With Yourself Season 1 Photos 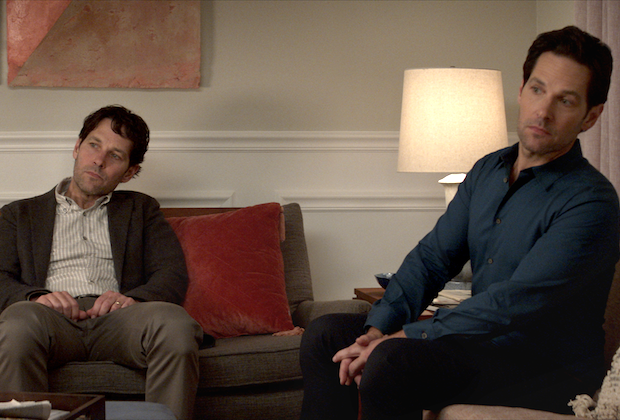 Living With Yourself marks Rudd’s first leading role in a television series. He previously recurred on Friends, Parks and Recreation and Sisters, and co-starred in Wet Hot American Summer‘s limited series follow-ups First Day of Camp and Ten Years Later.

Peruse the attached gallery (you can click here for direct access) for additional photos, then hit the comments and tell us if you’ll be adding Living With Yourself to your Netflix queue.