Billy Bob Thornton is pitted against Dennis Quaid and The Leftovers‘ Amy Brenneman in the first trailer for Goliath Season 3.

Premiering Friday, Oct. 4, the third season of the Amazon Prime drama kicks off with the unexpected death of an old friend (Twin Peaks‘ Sherilyn Fenn), which “leads Billy McBride (Thornton) to take a case in the drought-stricken Central Valley,” according to the official logline. There, “he comes face-to-face with a new Goliath: a billionaire rancher and his sister (Quaid and Brenneman). As Billy and his team pursue the truth, old enemies and personal demons resurface, forcing him to confront his own mortality.”

Press PLAY on the trailer above, then scroll down for a first look at the Season 3 poster. 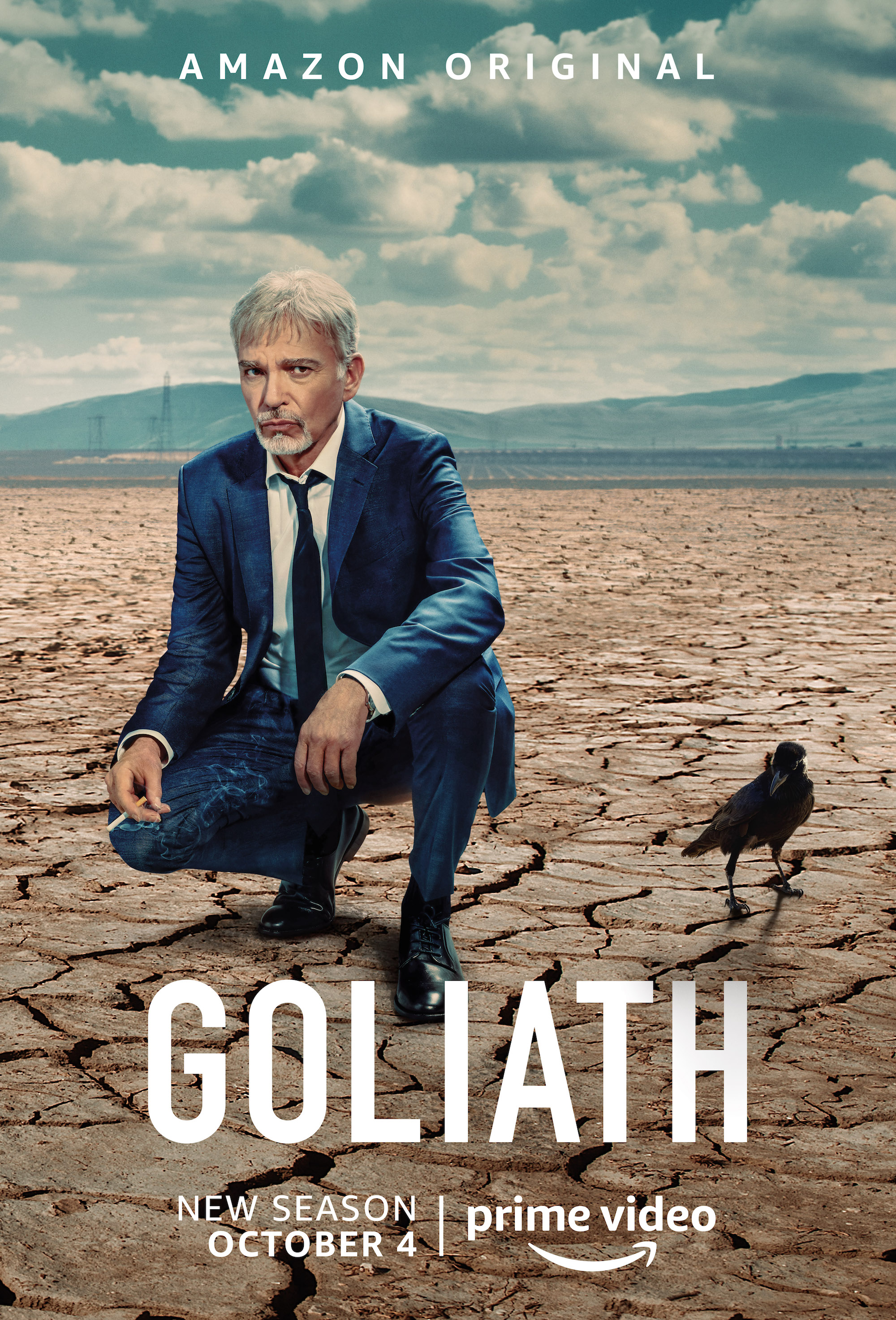 * Stephan James and Hong Chau will return to reprise their roles on Season 2 of Amazon Prime’s conspiracy thriller Homecoming, according to Deadline. Also, director Kyle Patrick Alvarez (Counterpart, 13 Reasons Why) will helm all of Season 2’s episodes.

* Elena Satine (Revenge) will co-star opposite John Cho in Netflix’s live-action adaptation of Cowboy Bebop, Variety reports. Her character, Julia, is described as “a sultry beauty with a voice to die for,” and “the dream-like object of Spike Spiegel’s (Cho) desire.”

* Sam Littlefield (The Messengers) has joined The CW’s Batwoman in the recurring role of Mouse, an enigmatic character who works for Rachel Skarsten’s baddie Alice, Deadline reports.

* Starz has handed a pilot order to Shining Vale, a half-hour horror-comedy from Sharon Horgan (Catastrophe) and Jeff Astrof (Trial & Error). Per Deadline, the project follows a dysfunctional family that moves into a potentially haunted house, leading mom Pat to think she’s either depressed or possessed.