Jason Hayes’ globe-trotting SEAL Team sets its sights on Serbia in Season 3, and TVLine has the first photos from the early episodes, filmed on location. 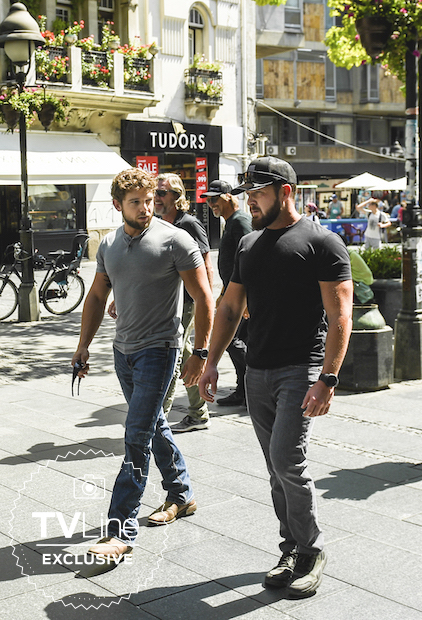 In the CBS drama’s Season 3 premiere — airing Wednesday, Oct. 2 at 9/8c and titled “Welcome to the Refuge: Part 1” — Bravo Team heads to Serbia to “track an elusive bombmaker who’s behind a string of deadly attacks throughout Europe, including bombings at an American military compound in Italy and a market in central London,” showrunner John Glenn tells TVLine.

As sampled in these exclusive photos of scenes filmed in and around Belgrade, “Seeing the world’s premiere assault force pursue and take down a major terror threat in the center of a thriving European metropolis is an incredible chance to portray the cutting edge of 21st-century special operations,” Glenn says.

VIEW PHOTOS AND READ ON FOR MORE 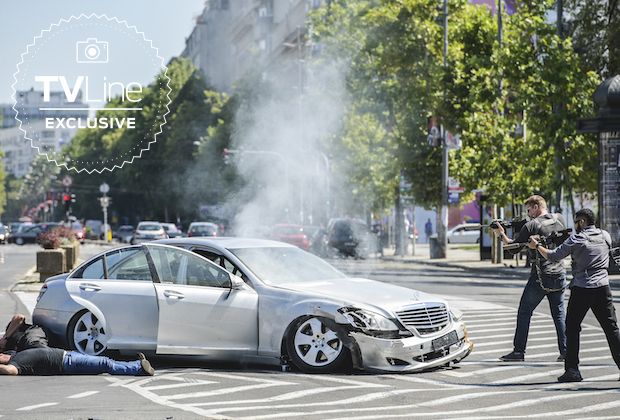 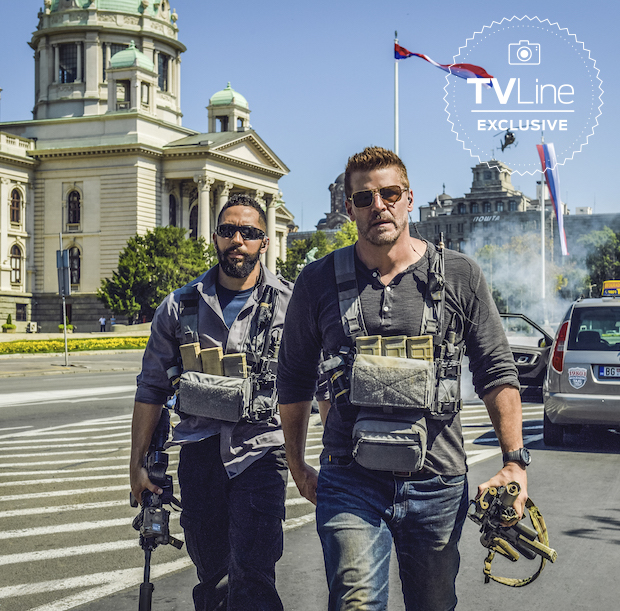 Also on hand for this mission is Mandy (played by Jessica Pare), which is a bit surprising seeing as she got dressed down by her superiors and demoted in the Season 2 finale, after trading away intel that helped Bravo Team, but got a CIA asset killed.

“She’s no longer assigned to Bravo specifically,” Glenn explains of Mandy’s return, “but has instead been retasked as an analyst and interrogator who services all of DEVGRU (the Naval Special Warfare Development Group). Instead of walking the halls of power in D.C., Season 3 opens up a new world for Mandy — one where she’s out in the field, in the middle of the action, even interrogating sources on target with Bravo.” 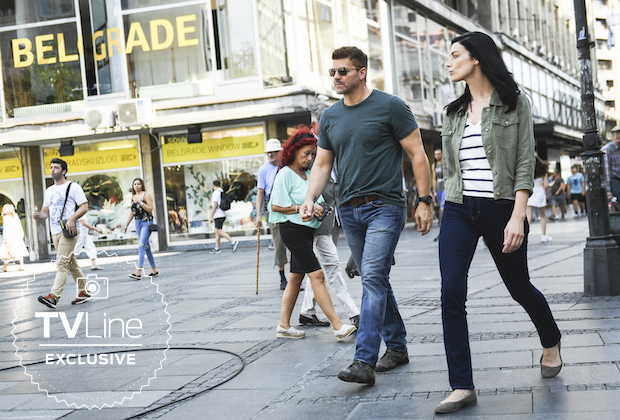