If you mashed up Election and Rushmore and then sprinkled some trademark Ryan Murphy sass on top, it might look a lot like Netflix’s upcoming comedy The Politician… and we like what we see.

Netflix has released a new trailer for Murphy’s debut series for the streamer — which you can watch above — which stars Tony winner Ben Platt (Dear Evan Hansen) as hyper-motivated high school student Payton Hobart, who’s dead-set on winning the race for student body president. (He even recruits a cancer patient as his running mate to win the sympathy vote.) Payton “fully intends” to be President of the United States someday, and his drive to succeed is a little intense: “Your ambition frightens me,” his mother Georgina (played by Gwyneth Paltrow) confesses.

The combative campaign that ensues features a ton of scandalous rumors, a possible assassination attempt (!) and a delightful Jessica Lange wondering what’s so wrong about calling a gay man “a butt-munch”: “That’s what gays do: munch butts, and celebrate Halloween.” (Yep, if you couldn’t tell already, this is definitely a Ryan Murphy production.)

Plus, Netflix has released the official poster for the eight-episode series, with Payton and Georgina vowing: “We promise to promise you everything.” Check it out: 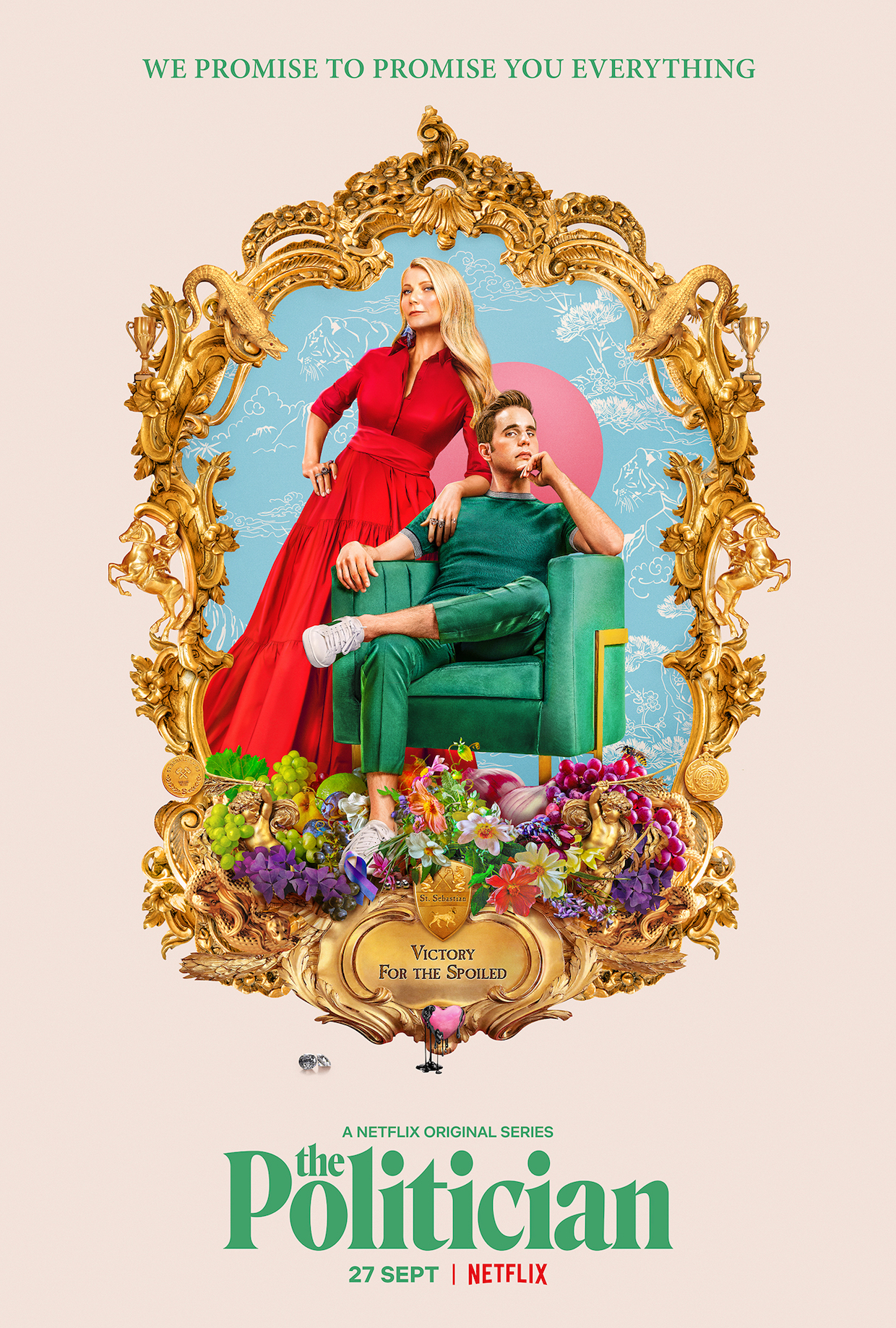 Press PLAY above for a sneak peek at The Politician — debuting Friday, Sept. 27 on Netflix — and then hit the comments and tell us: Does it already have your vote?