Stephen Amell is taking aim at his first post-Arrow gig — and it’s right in his wheelhouse’s bull’s-eye. The actor has signed on to headline Heels, an 8-episode drama series at Starz about the men and women who chase their dreams in the world of small-town pro wrestling.

Set in a close-knit Georgia community, Heels follows a family-owned wrestling promotion as two brothers and rivals war over their late father’s legacy. In the ring, somebody must play the good guy and somebody must play their nemesis, the heel. But in the real world, those characters can be hard to live up to (and just as hard to leave behind).

Amell will star as Jack, the charismatic villain — or heel — of the Duffy Wrestling Association. Outside the ring, he’s its hard-working owner, a husband and father trying to make ends meet while fighting to realize his impossible dreams. He has the mind of an artist in the body of a warrior, and a Steve Jobs-ian need for perfection — and for control. He says he’ll do whatever it takes to build the DWA into an empire. 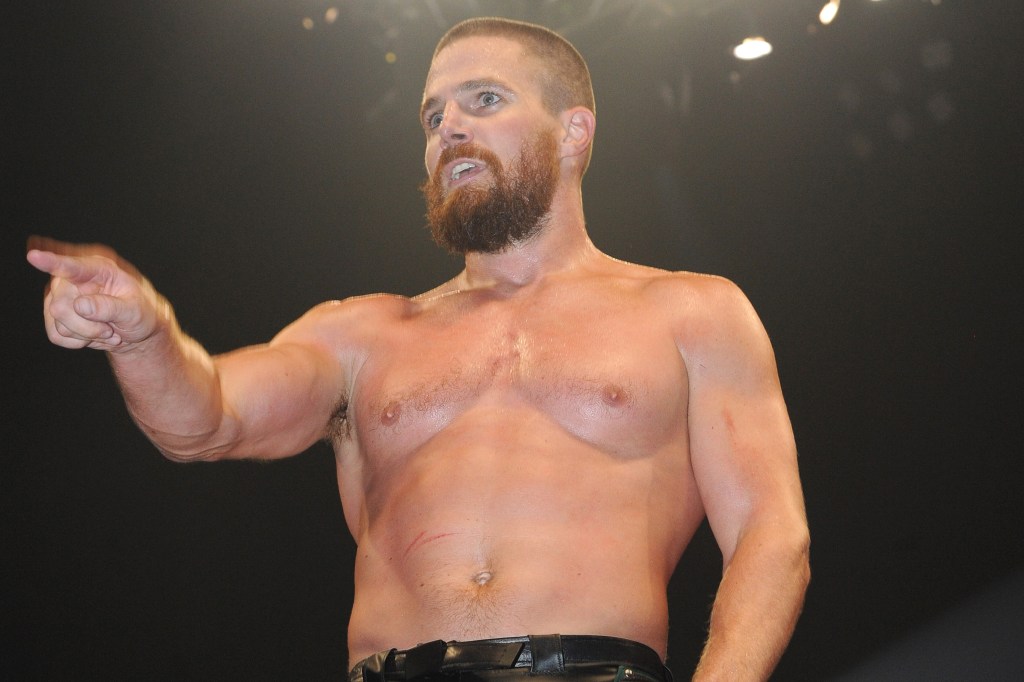 Amell, who is currently shooting Arrow‘s 10-episode final season, is no stranger at all to the world of professional wrestling. In August 2015 — to cap a months-long “feud” with WWE’s Stardust (aka Cody Rhodes, who would go on to guest-star on Arrow) — Amell teamed with Neville in a SummerSlam match against his nemesis and King Barrett. (Weeks prior, RAW guest Amell had been goaded by Stardust to come out of the crowd and leap into the ring for an “illegal” skirmish.) Amell and Neville not only emerged victorious at SummerSlam, they later respectively won “Celebrity Moment of the Year” and “Breakout Star of the Year” honors at that year’s Slammy Awards. Amell then partook in his first singles match in September 2018, against Christopher Daniels at the All In independent wrestling event.