Relative newcomer Michael Cimino has landed the coveted lead role in Love, Simon, the forthcoming sequel series at Disney+. Additionally, Nick Robinson — who played the titular character in the 2018 movie — will return as the show’s narrator.

Set in the world of the film, the series follows Cimino’s Victor, a new student at Creekwood High School on his own journey of self-discovery, facing challenges at home, adjusting to a new city, and struggling with his sexual orientation. When it all seems too much, he reaches out to Simon to help him navigate the ups and downs of high school.

As previously reported, Ugly Betty vet Ana Ortiz will co-star as Victor’s smart and warm mother who loves her husband and her family, but is under a 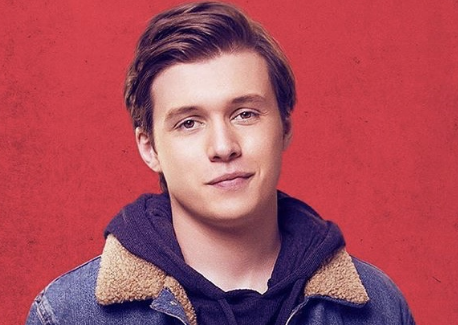 lot of pressure as they move their family across the country. The cast also includes James Martinez (One Day at a Time) as Victor’s father, Isabella Ferreira (Orange is the New Black) as Victor’s sister, newcomer Mateo Fernandez as Victor’s brother, Johnny Sequoyah (Believe) as Victor’s friend and Bebe Wood (The Real O’Neals) as his BFF.

Love, Simon screenwriters Elizabeth Berger and Isaac Aptaker will serve as co-showrunners on the series (they will also continue to serve in that capacity on This Is Us). Greg Berlanti, who directed the film, is not expected to return for the show, given his exclusive overall deal with Warner Bros. Television.

“We could not be more excited to be making Love, Simon for Disney+,” Aptaker and Berger said in a statement. “Writing Love, Simon was one of the most profound and enjoyable experiences of our careers to date and we are beyond thrilled that we get to revisit this world and tell the story of Victor, a brand new Creekwood student, and his family and friends. We have a phenomenal group of writers with tremendously personal connections to the material crafting our episodes, and have assembled a dream team cast and crew to bring these stories to life, and cannot wait to share what we’re working on with the world.”