These first-look photos from Sacha Baron Cohen‘s Netflix espionage drama The Spy are, shall we say… very nice.

The six-episode series will debut on the streamer on Friday, Sept. 6, TVLine has learned, and a trio of just-released photos give us a closer look at the Borat star’s surprising dramatic turn. Cohen stars as former Mossad agent Eli Cohen, “who successfully goes undercover in Syria in the early 1960s,” per the official description. “Cohen becomes close enough to ambitious military leaders and their rich friends to earn a game-changing level of trust about Syria’s biggest anti-Israel secret initiatives.”

Cohen is joined in the cast by The Americans alum Noah Emmerich as Eli’s Mossad handler Dan Peleg, who “who tries to ease his own guilt over the sacrifices Eli makes.”

In the images below, we see Cohen in suave spy mode, posing for a photo at a swanky affair in a James Bond-esque white dinner jacket. But we also see him looking pensive and much less glamorous, considering the real-life ramifications of his very dangerous work.

Get a sneak peek at The Spy by checking out the first-look photos below — click on each to see a full-size version — and then tell us in the comments: Will you be watching when The Spy debuts next month? 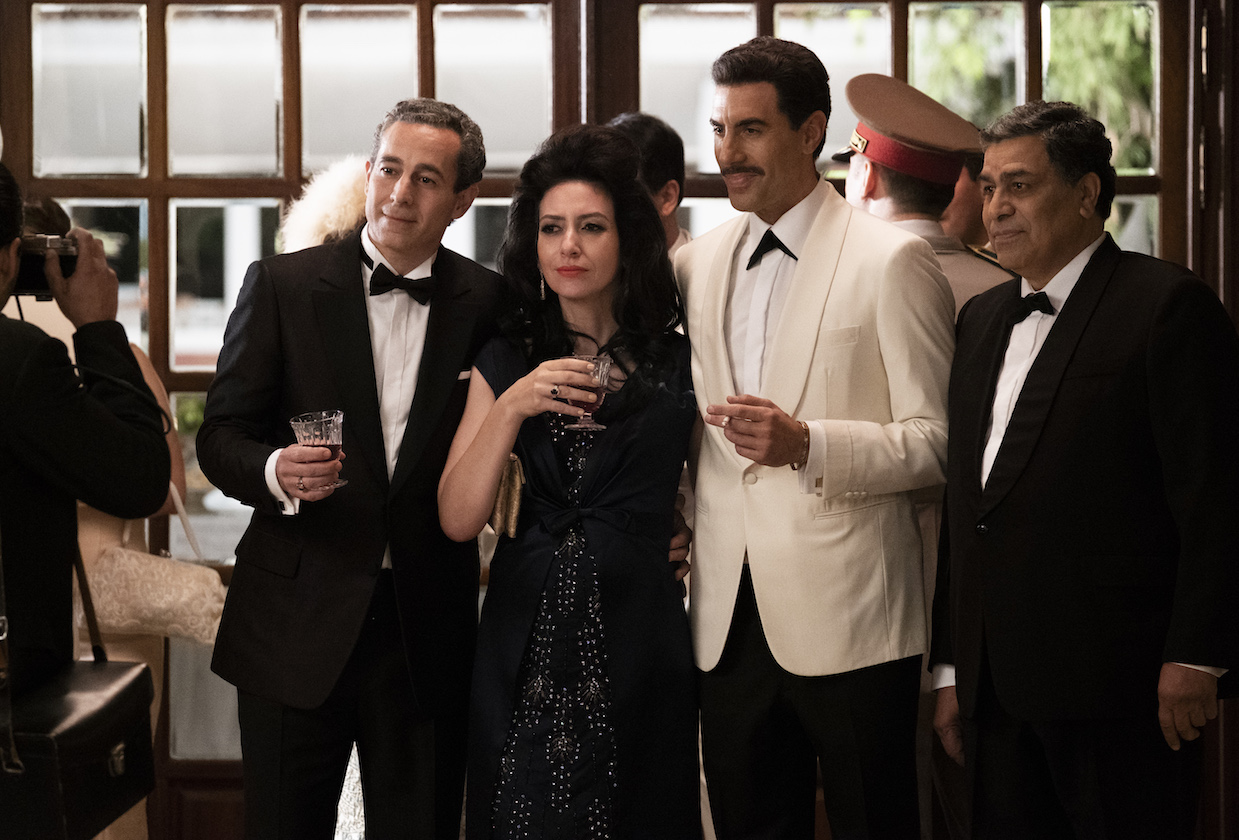 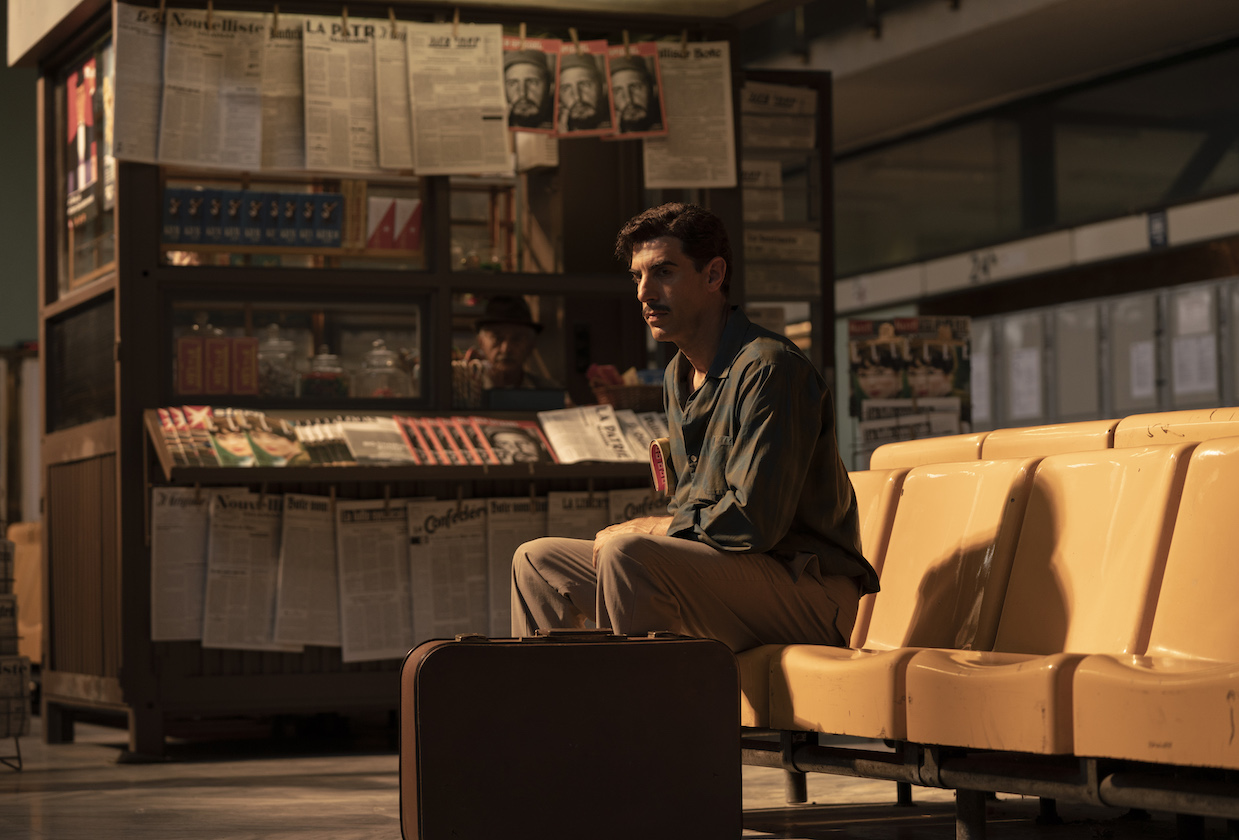 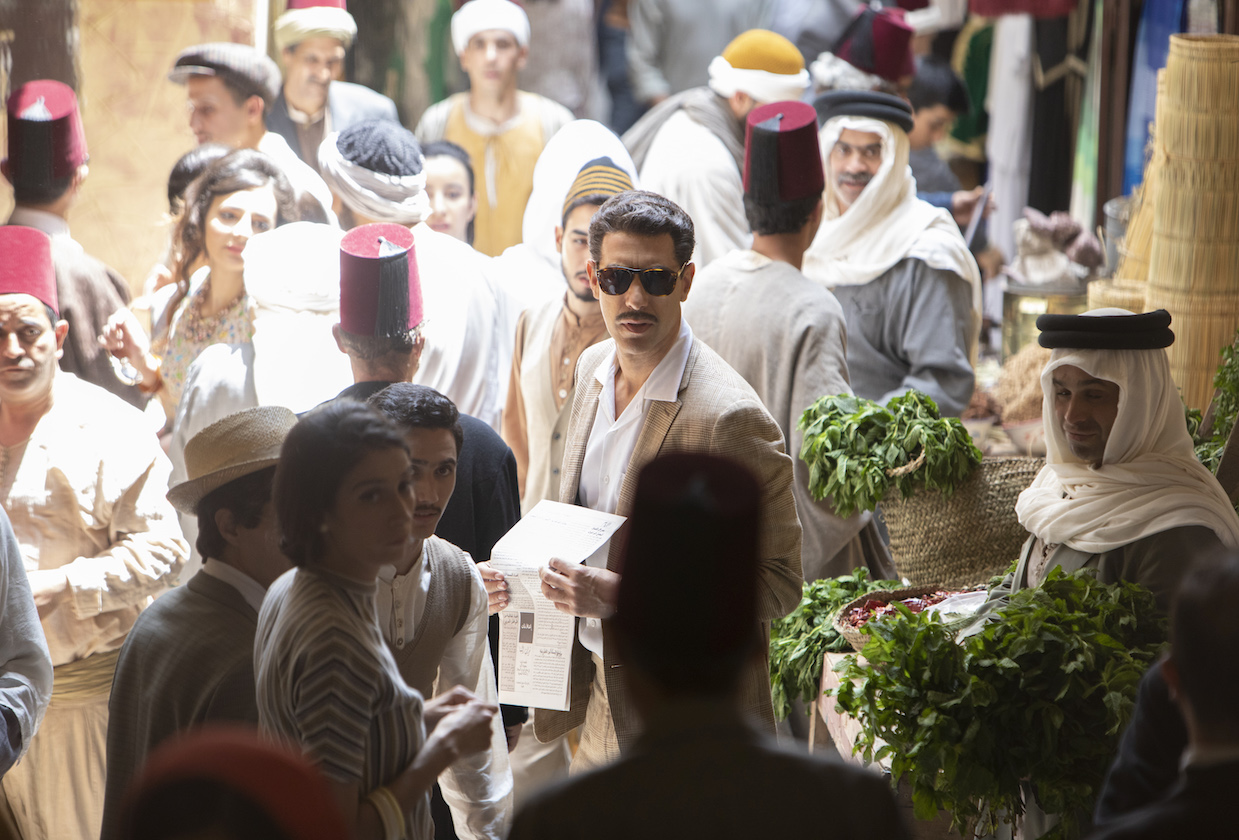