Fox is getting the party started a little early tonight, kicking off the 2019 Teen Choice Awards with a live red carpet pre-show, beginning at 7/6c. Per Fox, the TCA pre-show will feature “celebrity interviews, exclusive award presentations, influencer segments and live check-ins from Hermosa Beach in the exciting hour leading up to the broadcast.”

Heading into Sunday’s ceremony, quite a few TVLine staples are nominated for multiple awards. The CW’s Riverdale (click here to watch our Comic-Con interview with the cast!) leads the pack with a total of seven nominations, while Freeform’s Shadowhunters and Netflix’s Stranger Things follow closely with six nods each. Fan favorites like The CW’s Arrow and The Flash, as well as Netflix’s Chilling Adventures of Sabrina, are also well represented. 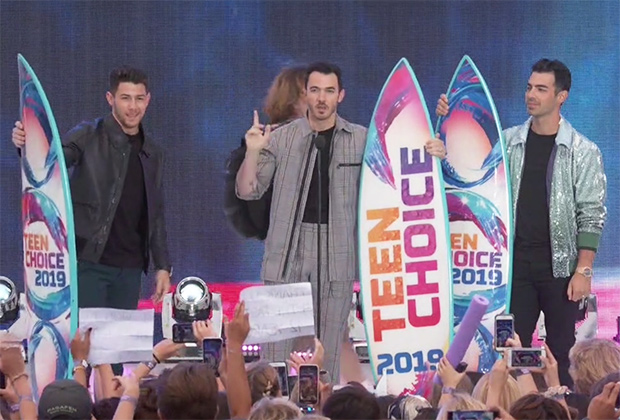 For a complete list of non-TV nominations, including the oh-so-divisive “Choice Fandom,” check out Fox’s official Teen Choice Awards site.

Hit PLAY on the video above to watch the Teen Choice pre-show, then drop a comment with your thoughts below. Who and what are you most looking forward to seeing tonight?