As we near the two-year anniversary of the balls-out crazy Blood Drive‘s unceremonious cancellation, series creator James Roland has given Bleeders another taste of what Seasons 2 and 3 would have looked like.

The ending of the Season 1 finale, which aired on Syfy in September 2017, suggested a new Blood Rock prison setting for at least bare-naked Arthur (played by Titans‘ Alan Ritchson), whom Grace (Animal Kingdom‘s Christina Ochoa) had forced through a blood gate to safety as Heart HQ collapsed on top of her, Karma (Alex McGregor), a dying/dead Slink (Colin Cunningham), a dying/dead Christopher (Thomas Dominique) and a tearful Aki (Marama Corlet).

Previously, Roland said that Season 2 would actually be titled Blood Rock, as in the name of the aforementioned prison, and tell what was “in many ways a brand-new story that took place in the same universe,” with “a bunch of grindhouse sub-genres all crammed into a prison island.” 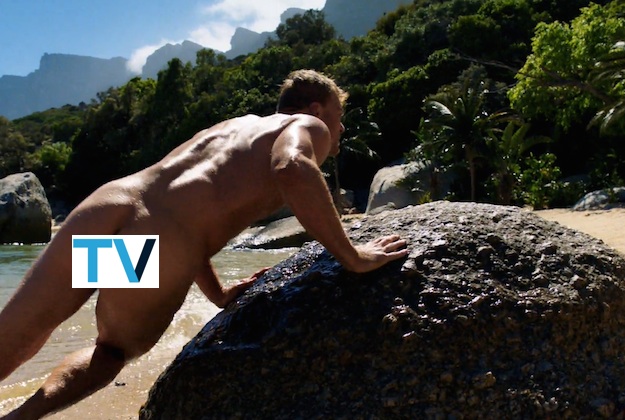 As for those who appeared to have been crushed in the Heart Tower collapse, Roland avowed, “death is real in the world of Blood Drive … but that doesn’t mean if you die, your story has to end.”

Now, in a response to a fan tweeted over the weekend, Roland further teased that the Season 2 premiere would have delivered one of “the coolest plot twists ever,” adding: “I don’t think another show has done it yet.” From there, the show would have gone in a “whole new direction with lots of new characters.”

Season 3 would then have “collide[d] these characters with those left behind in Season 1.”

Even dearly departed, lollipop-loving Grace?! “I speak for myself and I hope most of the cast when I say that… we would be honored and lucky to tackle these roles again — whether they take it the anthology route, or a movie, or a streaming thing,” Ochoa told TVLine ahead of the Season 1 finale.

Blood Drive Season 1 averaged 470,000 live weekly viewers, fewer than Syfy’s Dark Matter (which had been cancelled just prior) but on par with that which earned Wynonna Earp a Season 3 pick-up. Roland has said that Syfy’s failure to sell Blood Drive into a “second window” for revenue-enhancing streaming, such as on Netflix, is one of the reasons a pick-up was less attractive. (Read much more on that here.)

Even so, Roland said at the time of cancellation, “despite canceling us, Syfy was the only network with the steel to make the show in the first place… and for that I’m forever grateful.”