They had us at “Sarah Paulson as Linda Tripp.”

FX announced Tuesday that American Crime Story‘s third season will focus on the Bill Clinton-Monica Lewinsky scandal, with Paulson playing Lewinsky’s infamous “confidante” Tripp. The role of Lewinsky, meanwhile, will be played by Booksmart breakout Beanie Feldstein. Rounding out the principal cast will be Masters of Sex‘s Annaleigh Ashford as Paula Jones.

Titled Impeachment: American Crime Story, the third chapter of Ryan Murphy’s Emmy-winning franchise will begin production in February ahead of a Sept. 27, 2020 premiere date. Impeachment will be written by Sarah Burgess, based on 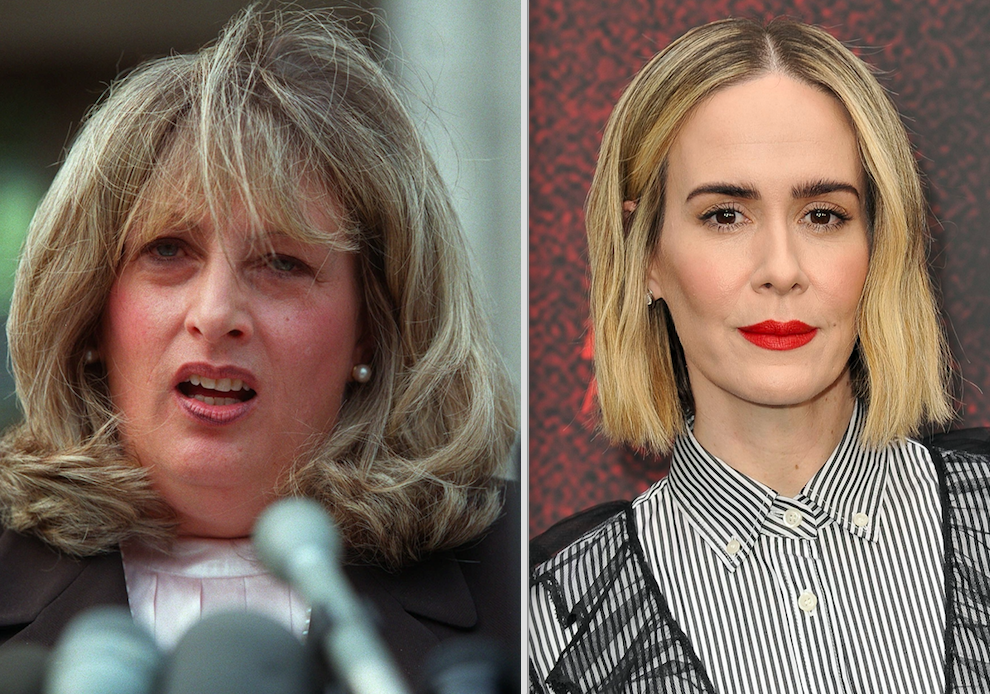 Jeffrey Toobin’s bestselling book A Vast Conspiracy: The Real Story of the Sex Scandal That Nearly Brought Down a President.

Lewinsky will serve as a producer on the project.

“FX’s American Crime Story franchise has become a cultural touchstone, providing greater context for stories that deserve greater understanding like the O.J. Simpson trial and saga, and Andrew Cunanan’s tragic crime spree which concluded with the assassination of Gianni Versace,” said FX Chairman John Landgraf in a statement. “This franchise re-examines some of the most complicated, polarizing stories in recent history in a way that is relevant, nuanced and entertaining. Impeachment: American Crime Story will likewise explore the overlooked dimensions of the women who found themselves caught up in the scandal and political war that cast a long shadow over the Clinton Presidency.”

American Crime Story‘s third season was initially going to revolve around Hurricane Katrina, but Landgraf confirmed last winter that “Katrina is not still in the mix.” The Lewinsky scandal had been discussed for Season 4, but last year Murphy announced that those plans had been dropped. “I told [Monica], ‘Nobody should tell your story but you,’” Murphy related to THR at the time. “‘If you want to produce it with me, I would love that…. [Y]ou should make all the goddamn money.’”