Santa Barbara is widely considered to be one of — if not the — best soap opera that ever graced the daytime landscape. But as one of the series’ stars recently pointed out, the late, beloved NBC sudser was not immune to the occasional narrative misstep.

In a refreshingly candid Facebook Q&A, A Martinez — who won an Emmy for his portrayal of Cruz Castillo, soul mate to Marcy Walker’s Eden  — revealed that there is one Santa Barbara plot he was embarrassed to take part in.

“Pretty much the only thing I hated about [SB] — in fact I was ashamed that I did it — is when Eden came back [from the “dead”] disguised as another person to try to lead Cruz into the next stage of his life,” the actor shared of the 1991 arc that found the mentally ill Eden taking on the personality of a painter named Suzanne Collier. “She wore glasses and a [red] wig and we were supposed to pretend that Cruz would not know she she is when he danced with her. I was ashamed that I played that. I’ll never get over it. That was one of the weakest things I ever did as an actor.” 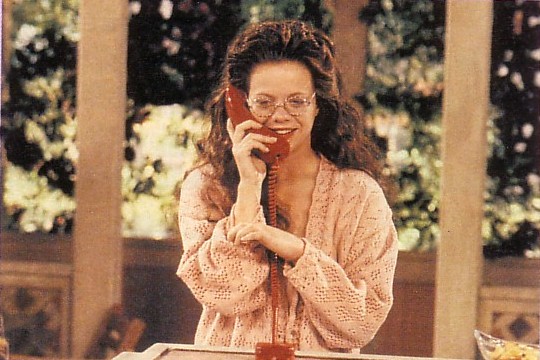 That one creative slip-up notwithstanding, Martinez stressed that he “loved” his time on the soap, which ran from 1984-1993. “You can be picky about it and look a gift horse in the mouth and all of that, but the truth is so much of the reason the [Cruz/Eden] relationship worked as well as it did was that the writers wrote us gloriously rich, sensitive [material],” he enthused. “We were so lucky. I want to be very careful not to fall prey to thinking ‘woulda-shoulda-coulda.’ We had a full meal for years. We were lucky.”

Martinez also divulged during the Q&A — which served to promote the forthcoming Santa Barbara-themed cruise — that the storyline he remains most proud of was the one that dealt with the aftermath of Eden’s rape. The landmark 1989 plot earned Santa Barbara eight Daytime Emmys, including Outstanding Drama Series and Outstanding Lead Actress for Walker. “It was a hideous thing that happened to that character,” Martinez admits, “but the way [Marcy] played it was off the charts great .”