The undead got a surprisingly happy ending during iZombie‘s series finale on Thursday. Initially, it looked like Liv had been taken out by a Dead Ender bomber, while Major had sacrificed himself to prove the cure was real. Then a 10-year time jump revealed the truth. Now a co-captain with Dale at the SFPD, Clive joined happily marrieds Ravi and Peyton — he now heads the CDC, while she is a D.A. in Atlanta — for a virtual talk show hosted by guest star Chris Lowell.

When questioned about their friends’ whereabouts, the trio maintained that Liv and Major were dead. But after the broadcast, the reunited couple joined their pals, virtually, from their safe abode on Zombie Island. Unfortunately, life had taken them all in different directions, and the Dead Enders were still a threat to the undead leaders — but they could all be together. It would just take one scratch, Liv suggested with a smile as the episode came to a close.

Elsewhere, Blaine finally got what was coming to him when Don E shoved him down the well after learning Blaine had killed his fiancée. And while Liv wasn’t the one to defeat Blaine, she did get to send Don E down to join Blaine.

Below, executive producer Rob Thomas talks about Liv and Major’s happy ending, Blaine’s comeuppance and the whereabouts of Liv’s family.

TVLINE | I want to start at the very end: Take me behind your thought process for that final scene and Liv offering to scratch everybody so that they could all be together.
It just sounded fun. [Laughs] I don’t know that I prepared much more to it than that. She would love for her friends to come join them in their little island paradise.

TVLINE | How seriously are they considering that offer? Peyton looked like she was actually mulling it…
If you were to ask me, I think there would be, like, a 10-minute followup conversation where Ravi says, “We have really important jobs that we’re doing…” My gut is that it’s a fun thing for them to entertain for 10 minutes, and then cooler minds prevail.

TVLINE | It’s kind of a playful note to end the series on. What feeling or thought did you want to leave viewers with?
I wanted them to be happy. Veronica Mars is noir, iZombie‘s not. I don’t expect that we’re going to see more iZombies in my lifetime, so let’s go out big happy. 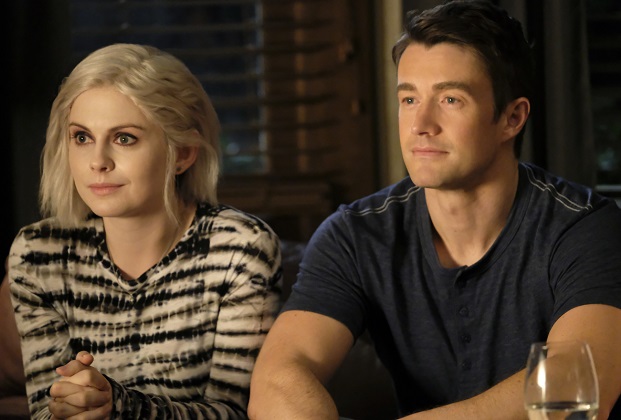 TVLINE | Speaking of happy, over the seasons, we’ve seen Liv and Major sacrifice themselves and/or their relationship many times. It really seemed like things could go either way for them in the end, but they got a happy ending! Why did you decide to go that route with them?
It was always the plan. We haven’t wavered on that. They’ve gone through some dark times and some times where they have not seen eye-to-eye, but the big five-year romance of the show was Major and Liv. We wanted to see them get their happy ending.

TVLINE | Even though there’s a cure out there now, Major and Liv both chose to remain zombies. Why was it important for them to stay zombies?
Well, they have a zombie family. They have children who will never grow up. It keeps them alive forever. It means they can stay eternally a family. 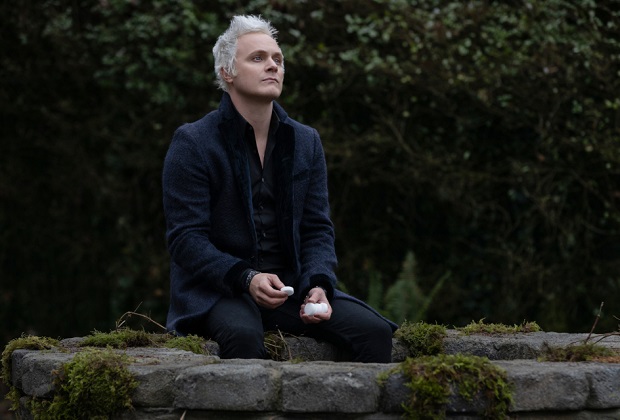 TVLINE | Blaine finally got his comeuppance, but unexpectedly, it came at the hands of Don E. How did you land on Don E being the one who actually defeats Blaine? And did you ever toy with Liv or one of the other characters being the one to defeat him?
That was the subject of great debate. I’m pretty thrilled with how that goes down, because Liv does get to actually put almost the worst stake in Blaine’s heart. She has just forced him to spend eternity with Don E. The two of them hate each other. They’re going to be down in this well forever, hating each other. In my mind, it allowed us to have both Don E and Liv get their payback on Blaine for everything he’s done to them.

TVLINE | They are still undead down there. It’s not quite a final death. That makes me worried that Blaine could one day find his way out of that well somehow and come back to torment them all.
[Laughs] It is true. I think he’s going to be down there for quite a while, but I suppose that is possible. 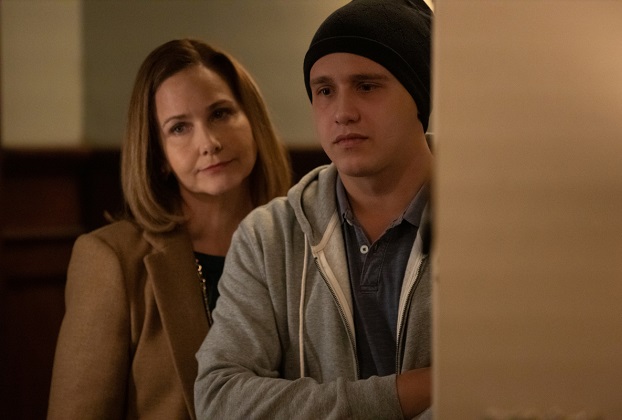 TVLINE | We didn’t get an update about what happened to Liv’s family after they left Seattle. Was that something you wanted to include in the finale, but didn’t have time for?
Yes, that was just stuff we ran out of time to be able to shoot. In our minds, that story ended well. They got out of the facility, and all is well with her brother and her mother. There was so much ground to cover that we didn’t get to tie that one up as much.

TVLINE | The virtualcast scene was so unusual. It was very atypical for the show. Where did the idea for that come from?
I kept wanting to do something that gave more perspective, which required a jump forward in time. And then how could we let them go their separate ways, and yet get them all together in a room talking about it? I think that’s how we got there was needing to tell an epilogue in an interesting way. And I liked the idea of going 10 years later. I liked seeing that our human characters have all aged a little bit, and our zombies are still the same age. That was one of the cool ideas. When you’re just seeing them week to week, you can’t see that, but fast forwarding 10 years allowed us to play with that a little bit.

TVLINE | And how long have you been trying to get Chris Lowell on the show?
His name has come up many times. If we could have gotten Chris to play one of Liv’s boyfriends over the years, that was one of the things we wanted to do. Chris and Rose [McIver] are friends and even starred in a little indie movie together. [Executive producers] Diane Ruggiero and Dan Etheridge and I are all big Chris Lowell fans, and then Rose is as well, so it’s just been a matter of time. It took us all the way until the final episode. … Here’s a fun piece of trivia: We called [Liv’s Season 1 boyfriend] Lowell because, initially, we wanted Chris Lowell for that part.

iZombie fans, what did you think of the series ender? Grade it via the poll below, then hit the comments!