Who else has warm fuzzies after watching the Jane the Virgin series finale?

Having already killed off the dastardly Sin Rostro in the penultimate episode, the show’s swan song instead focused on giving everyone a happy ending. For Jane and Rafael, that included a blissful, giddy wedding — and the perfect conclusion for her book. After her new hubby asked about her brilliant idea, Jane revealed how the novel would wrap up: “They make it into a telenovela,” she announced, winking at the camera. Adding to the meta vibe, Mateo — who, as an adult, becomes a voiceover artist — was revealed to be the narrator of his mom’s story.

Elsewhere, JR surprised Petra by showing up at the wedding to reunite with her lady love; Xo and future crossover superstar Rogelio prepared to move to New York; Rafael found out the truth about his biological parents; and Magda went to live with Petra’s triplet brother in Siberia!

“I wanted the ending to be satisfying, warm. To be about saying goodbye to the audience and the characters,” showrunner Jennie Snyder Urman tells TVline. “I wanted the feeling of the finale to be like a warm hug. … I didn’t want to leave very much open-ended. I really wanted to end the story and have a happy audience feel like they were promised an ending, and this is it.”

Below, Urman talks about Jane and Rafael’s nuptials, the narrator’s identity, that meta wink and much more. 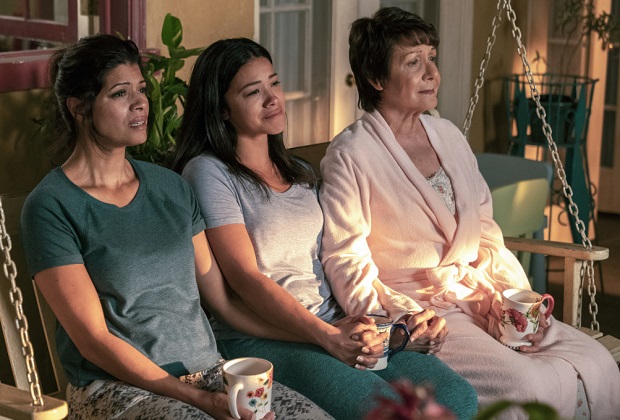 TVLINE | Because there are so many emotions in this finale and so many teary moments, I wanted to first ask: Which scene was the toughest for you to get through?
I think it was probably the three women on the porch. I had written sort of a “what’s going on with them” during that long moment, like what they’re thinking and feeling, and then I was reading it as they were reacting. It was very emotional for me to be reading that to them as they were acting and what the goodbye meant.

TVLINE | The penultimate episode, rather than the finale, also wrapped up Jane and Michael’s story and gave a little bit of closure to that pairing. Was the idea to put kind of a final bow on it so that you could have this wedding without all of that casting a shadow over it?
Yeah. I didn’t want the wedding to be about, “Is Michael going to interrupt?” Because that then opens up just a chest of emotions that need to be excavated and examined and would cast a pall over the ending, and I wanted the audience to know that they were reaching the end of the story, that there was a conclusion. In telenovelas, the good people end happy, and the villains get what they deserve. And Michael’s a great character and a great person in Jane’s life, and I wanted him to have happiness, and for the audience to feel like his destiny was not to be with Jane, but he has a beautiful life ahead of him as well.

TVLINE | Did all the Michael love from viewers ever make you reconsider who Jane should end up with in the end?
No, because it was sort of prescribed from the beginning and from the telenovela that we are based on, the telenovela structure in general. She was always going to end up with Rafael. But that doesn’t mean that I didn’t love that she was married to Michael and their love story and all of those moments. If the story had gone a little bit differently, they could have lived happily ever after, and I think that’s valid as well. This is just the story that we’re telling. 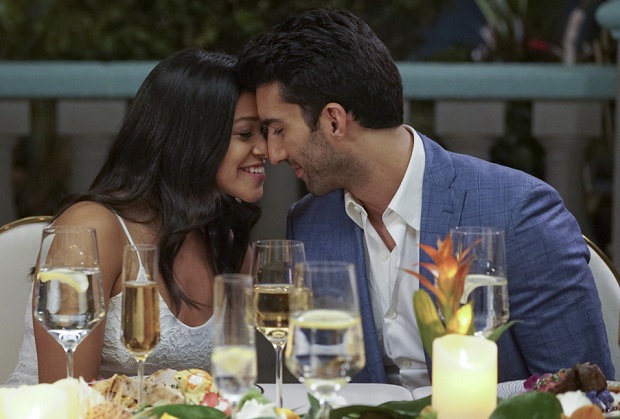 TVLINE | Was it challenging to differentiate Jane’s two weddings? I noticed that you did not have vows in this one, and I wondered if it was because it was just too difficult to top Michael reciting his vows in Spanish.
Yeah. I wanted it to be different. I wanted this one to show different parts of the wedding than we showed in the other one. The wedding to Michael was about that big church wedding, and the party was a huge part of it, and how magical that was. This was just a little bit of a smaller [affair]. The rehearsal dinner was the set piece and then the ceremony itself outdoors. This is her second marriage. She’s in a different place. Rafael’s not religious. So I wanted it to look different. I didn’t want to go to the party again because I really didn’t think we could top a party where Bruno Mars came and sang. [Laughs] So I wanted it to be about different moments within the wedding. I wanted theirs to have its own joy and to feel different. Michael reciting his vows in Spanish was a really moving and seminal moment for the show and for the character, and this had to feel different. This was also about, like, after all [Jane and Rafael have] gone through, all the twists and turns and ups and downs, they’re so eager to get married, and that’s the spirit and the joy that I wanted to bring into that moment. 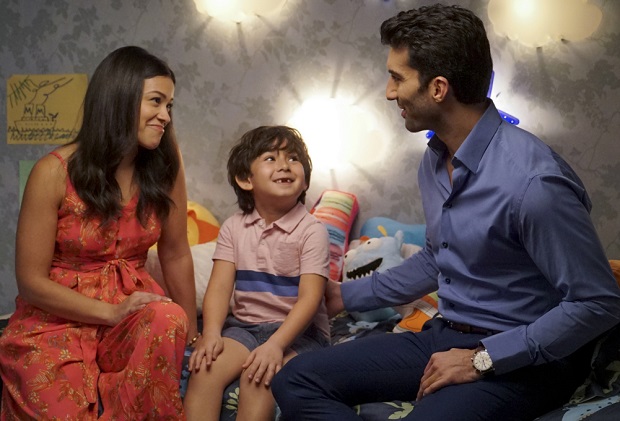 TVLINE | In the midst of the wedding, we also find out that Mateo is the narrator. This is something you’ve said you’ve had in mind since the beginning. Why did you want it to be Mateo?
Well, it’s Mateo, but it’s a step further. It’s [that] Mateo goes on to become a voiceover artist, hence the accent. I wanted it to be a continuation of the layers of meta that we like to play in. I didn’t want to do flash forwards of how people will end up, but I liked knowing that he ended up well and successful and is married and is narrating his mother’s story. I think we’ve always been really clear about the fact that you’re watching a telenovela throughout the five years. There was just a question of how really explicit we’d make it at the end, and I always knew we would make it really explicit.

TVLINE | What was the thought process behind that final scene and the wink? And how meta is this ending intended to be?
Well, I think it’s exactly what you saw. I don’t want to talk about it too much, because I feel like the more you talk about it, the less it exists as what you experienced. But I mean, she says they make it into a telenovela, and she winks at the audience, so I think it’s all there. 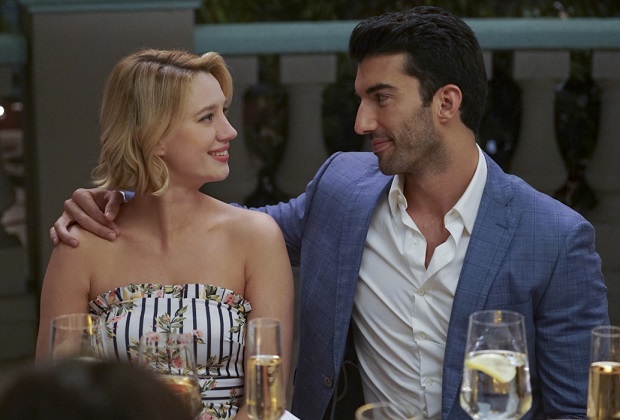 TVLINE | The finale wasn’t without a couple surprises. We found out that Rafael’s parents are just regular people, and there is a triplet. Can you talk about why you decided to go down those roads?
For Rafael, I felt like the buildup to who his parents [were] was so big, you’re so primed to expect big telenovela twists, that, to me, the most surprising thing would be that it wasn’t. … And for me, the story is important only in its emotional resonance. So the fact that Rafael had been searching for what he thought was missing since he found out that his dad wasn’t his dad, and then realizes that what he had been wanting and missing this whole time, he has already with his family, with Jane and Petra and their kids. I was interested in that… and how it wraps up around to a celebration of what he does have in the family, and how much he’s grown and changed throughout the [series].

And then we always want some sort of telenovela aspect. Magda’s triplet was something we’ve been talking about in the writers’ room for a long time, about whether she would have it, whether we would see it, and I didn’t want to do too much storytelling on that in the course of the show itself, but it felt worthwhile to have a bit of fun at the end. She brings it up in Episode 16, where she tells Petra she’s going to go live with the triplet, and Petra, of course, thinks she’s f—king with her, and then you see at the end that [the triplet] does exist.

TVLINE | I’m really worried, though, that this triplet means that Magda’s going to ruin Petra’s happy ending with JR.
I mean, she’s going to get up to shenanigans, but maybe she’ll stay in Siberia and get up to mischief there. She’s very far away.

Jane fans, what did you think of the series ender? Grade it via the poll below, then hit the comments!