Yes, Luke P. is finally (finally!) out of the picture, Bachelorette fans… but Hannah’s decisions aren’t getting any easier.

Monday’s season finale, part one — just four more hours to go, folks! — picks up right where we left off, with Peter, Tyler C. and Jed still standing at that rose ceremony in Crete, where they’ve seemingly been standing for weeks now. (Let’s hope the producers gave them a bottle of water, at least.) Luke P. has been escorted off, but Hannah still only has two roses to hand out, and she’s still not sure she’s making the right choice. She walks out to face her “three amazing men,” and rambles about how “blessed” she is to know them all. 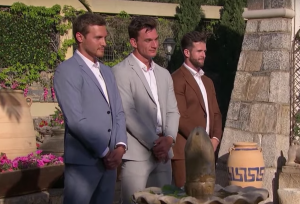 But it’s decision time: She hands her first rose to Jed, who happily accepts. (Remember: He is the only one she’s told she’s falling in love with so far.) She dabs away a tear before handing her second and final rose to… Tyler C.! That means Peter the Pilot is going home. Oof… guess that night they shared in the windmill wasn’t as great as it sounded, huh?

Hannah fights back sobs as she walks Peter out, telling him he’s “the dream guy” — so why is he going home, then? He puts on a brave face and tells her she’ll always have “a piece of my heart.” But even he breaks down in tears before getting in the car, giving her a final hug and kiss. (As Artie from Larry Sanders would say, it’s “a manly misting.”) On the ride home, he admits “it hurts like a bitch” but he doesn’t blame Hannah. He still loves her… and she’s still sobbing amid the Grecian ruins. 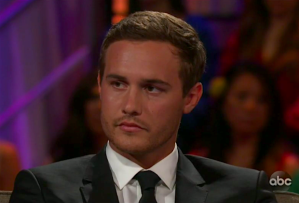 We then get a mini “After the Final Rose,” with Peter reliving his heartbreak in front of a live studio audience. (Chris Harrison points out he couldn’t even watch their breakup at certain points.) He remembers he first fell in love with Hannah while they were watching fireworks in Latvia, and admits he’s still hung up on her. Hannah joins him to tell him “there wasn’t anything wrong” with their relationship, but she “was falling for two other guys, too” and “had to follow my heart.” She does wish he would’ve told her how he felt a little sooner, though.

When Hannah reveals she was “scared of letting go of the perfect guy,” an audience member shouts out, “You did!” (That might’ve been Peter’s mom, actually.) Chris Harrison can’t resist throwing in a windmill joke, and Hannah confesses that she wasn’t totally truthful when she said they did it twice in that windmill: “It was actually four times” (!). And Peter’s parents applaud! That’s my boy! 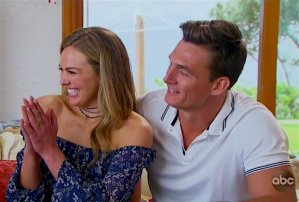 Back in Crete, Hannah is still deciding between Tyler C. and Jed, and prepares to introduce them to her family. Tyler is first up, and the way Hannah gazes into his eyes, it looks like Jed doesn’t stand a chance. Hannah’s mom is charmed by him, too, and even her dad is won over by the restraint he showed in the fantasy suite. Hannah admits to her mom she could see herself getting engaged to Tyler — and, in a private moment, tells Tyler she’s “been falling in love with” him. So he just pulled dead even with Jed, it sounds like.

Jed has a chance to sneak ahead with his own meet-the-parents moment, but when he announces he’s a musician, Hannah’s mom looks… skeptical? Her dad asks how Jed plans to “provide” for his daughter, and Jed tries to reassure him by telling him he’s signed a deal to write — a dog food jingle! “They don’t think I’m adequate or something,” Jed whines in a confessional, while Hannah’s mom warns her about his Nashville “lifestyle.” Hannah bristles a bit at their less-than-glowing feedback: “Now I’m freaking out.” 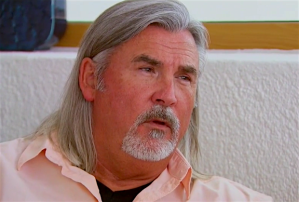 Hannah’s dad says Jed didn’t exactly give him “direct answers” to his questions, and starts spewing some antiquated “man of the house” stuff… that sounds a lot like Luke P., actually? When Jed comforts her, she tells him how great things went with Tyler C. and her family, confessing: “I’m now confused.” Jed tries to remind her that “we know what we have,” but Hannah is still nervous: “Two people are in my heart at the same time, and I don’t want to make the wrong decision.”

She has one more date with each guy: She and Tyler C. get another chance at horseback riding — he did better! — and enjoy a hilltop picnic, and it all seems sweet and effortless. That night, they talk about making a life together and having a family… and he takes her upstairs. (So much for that restraint.) When it’s Jed’s turn, they head out on a boat together through some choppy waters. (Metaphor alert!) She gets seasick, which is totally sexy and romantic, and they both admit how uneasy they are about where things stand. And now the reality that she has to let one of these guys go is hitting her straight in the face… along with all the nausea.

At dinner, Hannah and Jed still seem anxious and awkward together — and they’re definitely setting this up to be an easy Tyler C. win, right? Hannah comes out live on stage to say the last two months have been “really tough and emotional” and refers to “all the rumors out there,” saying she needs “a lot of answers” (??) from someone tomorrow night. Plus, Chris Harrison teases, “What happened after we stopped filming?” Uh-oh… are we headed for a Arie-style post-finale change of heart here?

So did Peter deserve to be Hannah’s last man standing? (Or would he make a great Bachelor, actually?) Drop your thoughts on Hannah’s decision — and all your finale predictions — in the comments below.