You’ll be happy to know, Four Weddings and a Funeral fanatics, that Hulu’s adaptation of the beloved British rom-com does in fact open with its main character suddenly waking up and shouting the word “F—k!” repeatedly. Aside from that winking homage, though, the new Four Weddings — debuting Wednesday, July 31 on the streamer; I’ve seen the first five episodes — isn’t actually a straight rehash of the Hugh Grant/Andie MacDowell film we know and love, but rather, Fargo-style, a new tale with new characters told in the same vein. And while it might not quite reach the heights of the original, it does find its own winning tone, thanks to sharp writing, a clear affection for the romantic-comedy genre and an instantly endearing cast. 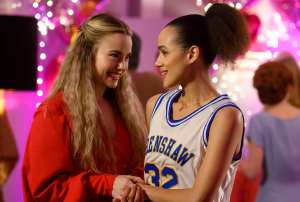 Four Weddings centers on a quartet of American friends reuniting in London for (what else?) a wedding: political speechwriter Maya (Nathalie Emmanuel), who’s having an affair with her married boss; professor and failed novelist Duffy (John Reynolds); rich blonde Ainsley (Rebecca Rittenhouse); and Craig (Brandon Mychal Smith), who has a trashy British girlfriend named Zara (Sophia La Porta) his friends all hate. Their lives all get a lot more complicated, though, when Maya has an old-fashioned meet-cute with investment banker Kash (Nikesh Patel) at Heathrow Airport. (What could be more romantic than a dashing British gentleman helping you find your lost luggage?)

The main cast is delightful, with breakout actors from Game of Thrones, You’re the Worst and Search Party all mixing together effortlessly, feeling like old pals right out of the gate. (I could complain that they’ve inexplicably saddled Emmanuel with an American accent here, but she still manages to be lovely anyway.) This is a quintessentially British story, though, so the American pals do mingle with a host of Brits, highlighted by Ainsley’s icy pal Gemma (a hilarious Zoe Boyle) — when Maya asks her what she does, she sniffs, “I love my child too much to work” — and Sleepy Hollow star Tom Mison as Gemma’s frequently drunk husband Quentin. Putting four Americans at the heart of a Four Weddings and a Funeral series is admittedly a bit of an odd fit, but it ultimately works, with a nice blend of crass American laughs and dry British humor. 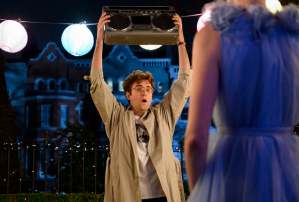 I’m a huge fan of the original Four Weddings and a Funeral, so it’s fun to spot the tiny nods here to that film and other Richard Curtis-penned rom-coms like Notting Hill and Love, Actually. (MacDowell appears here, actually, but as Ainsley’s mom, not the original’s Carrie.) The primary vibe here, though, springs from the minds of co-creator Mindy Kaling and showrunner Tracey Wigfield (creator of NBC’s criminally underrated Great News), who lend this a glossy, old-school rom-com feel similar to their work together on The Mindy Project. The pop-culture references are plentiful — Meghan Markle, the Fyre Festival and “Despacito” all get name-checked in the first episode alone — and they have a lot of fun untangling all of the complicated love connections within the friend group. (And there are a lot of them.)

There’s nothing incredibly groundbreaking and innovative about any of this… but there doesn’t really need to be. It’s a cute, lighthearted throwback that goes down easy in an era of tough-to-watch dramas, and like The Mindy Project, it doubles as an affectionate tribute to classic rom-coms. (Instead of trying to mock or reinvent the genre, it honors it, while deftly tapping into the potent power it still possesses.) The cast’s quick chemistry is remarkable, too: I enjoyed spending time with these people, and with a show like this, that’s a huge part of the appeal. Plus, there are a few surprising twists along the way, along with some grand romantic gestures and nicely heartfelt moments. (Yes, the first five episodes include at least one wedding… and a funeral.) Don’t hesitate, rom-com fans: RSVP “yes” to this one.

THE TVLINE BOTTOM LINE: Hulu’s Four Weddings and a Funeral series is a charmingly old-fashioned rom-com with witty writing and great cast chemistry.