Tricia Helfer is ready for her Creepshow debut. The Battlestar Galactica and Lucifer alumna is among the stars of Shudder’s upcoming reboot, which on Friday revealed its first trailer at San Diego Comic-Con.

The first episode will consist of two stories. First up is a Nicotero-helmed adaptation of Stephen King’s “Gray Matter,” starring Barbeau, Esposito and Bell. The second story, titled “House of the Head,” is written by Josh Malerman (Bird Box) and directed by John Harrison (Tales from the Crypt).

Additional Season 1 installments include “By the Silver Water of Lake Champlain” (by Hill), “The Companion” (by Kasey, Keith and Joe R. Lansdale), “The Finger” (by David J. Schow), “Lydia Layne’s Better Half” (by Harrison and Nicotero), “Night of the Paw” (by John Esposito), “Bad Wolf Down” (by Rob Schrab), “All Hallows Eve” (by Bruce Jones), “The Man in the Suitcase” (by Christopher Buehlman), “Times is Tough in Musky Holler” (by John Skipp and Dori Miller), and “Skincrawlers” (by Paul Dini and Stephen Langford).

Press PLAY on the trailer above, then scroll down for a first look at the Season 1 key art. 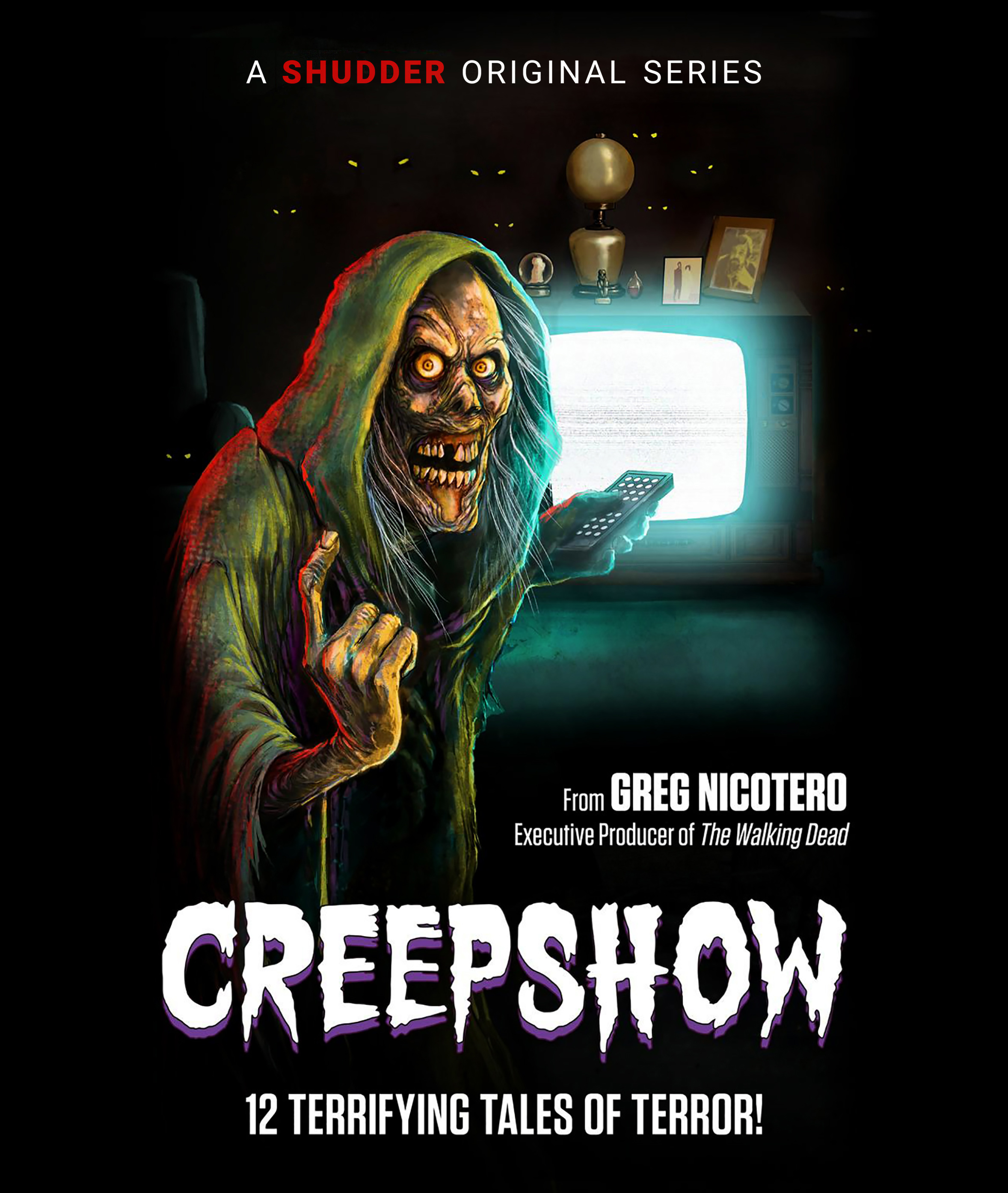