The super-cool, noir-themed one-sheet — which puts Kristen Bell’s trench coat-wearing sleuth front and center where she belongs (scroll down to view) — will be handed out at Friday’s signing at the Warner Bros booth (2:15 pm).

Lastly, I can exclusively confirm that the event’s moderator will be, ahem, yours truly! As in me. You know, “Blushing Guy” from Season 2, Episode 15, “The Quick and the Wed.” (Please clap enthusiastically when I come out on stage to make up for the approval I never received from my father when I was young, thank you kindly.)

All eight episodes of Hulu’s Veronica Mars revival (aka Season 4) will be available to stream on July 26. 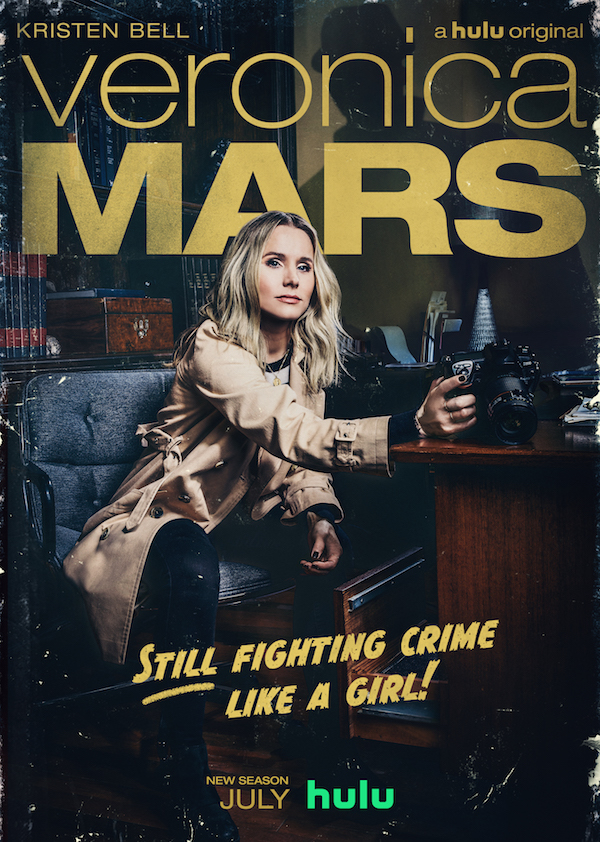