Bursts of insubordination from her crew is arguably the least of Commander Niko Breckinridge’s worries in this brand-new trailer for Netflix’s Another Life — the first such teaser to hint at what the upcoming sci-fi thriller is truly about.

Set for a Thursday, July 25 launch date and hailing from from Aaron Martin (Killjoys), Another Life follows Niko (played by Katee Sackhoff) as she and the crew of her space exploration ship, the Solvare, face unimaginable dangers — on what might very well be a one-way mission — as they seek out an alien world that has deposited a mysterious structure on Earth. 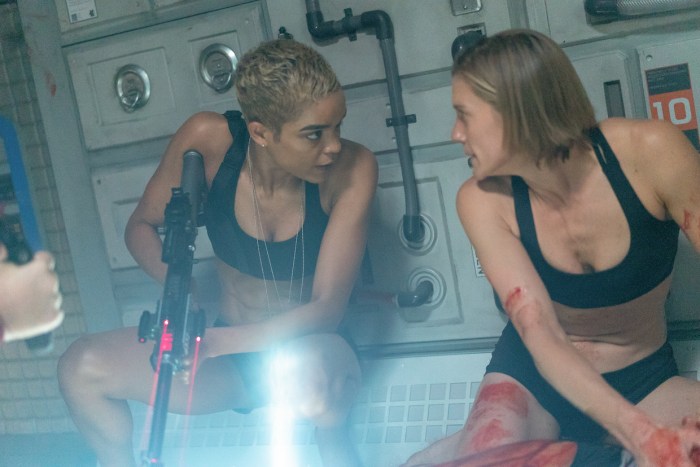 Among the cast, Tyler Hoechlin (Supergirl) plays Ian Yerxa, the onetime commander of the Solvare who lost his post to Breckenridge; Justin Chatwin (Shameless) as Erik Wallace, a member of the United States Interstellar Command — and Niko’s husband; and Selma Blair as Harper Glass, a 21st-century influencer looking to break one of the biggest stories in human history.