It’s “game on!” at Netflix: The streamer is adapting the popular video game Cuphead into an animated comedy series.

Titled The Cuphead Show!, the project will expand upon the characters and world of the game, which follows Cuphead and his brother Mugman during a high-stakes gambling match. The potential series centers around “the unique misadventures of the impulsive Cuphead and his cautious but easily swayed brother Mugman,” per the official description. “Through their many misadventures across their surreal home of the Inkwell Isles, they’ve always got one another’s backs.”

* A new take on The Fugitive, from Scorpion creator Nick Santora, is in development at the forthcoming short-form content streamer Quibi, our sister site Deadline reports. Additionally, Quibi has ordered the comedy series The Now, from Oscar winner Peter Farrelly (Green Book), Steve Leff (The Ranch) and Pete Jones (Hall Pass). It follows a guy who is about to commit suicide, but then learns that his brother and father committed suicide, so he decides to learn to live life for today, in the now.

* Netflix has renewed the teen mystery drama The Society for Season 2, to debut in 2020. Watch the cast announcement:

#TheSociety has been renewed for Season 2! Coming in 2020 pic.twitter.com/JUXW7HZDxv

* Paramount Network will air the documentary I Am Patrick Swayze on Sunday, Aug. 18 at 9/8c, leading out of encores of Ghost and Dirty Dancing.

* HBO has released a first-look photo from Season 2 of My Brilliant Friend, based on the second book in Elena Ferrante’s four-part series. Picking up right where Season 1 left off, Season 2 finds friends Lila and Elena at 16 years old, and “we will see the extreme vitality of the two girls’ youth and the giddying rhythm with which they follow each other, lose one another and find each other again.” 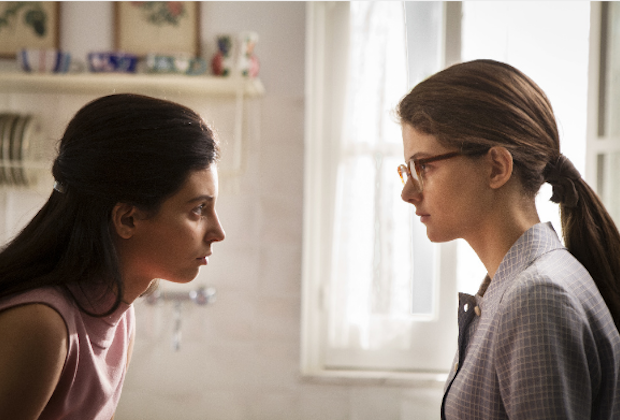 * Hulu has released a trailer for Season 2 of the horror series Light as a Feather, which drops eight episodes on Friday, July 26 before resuming the season on Friday, Oct. 4.