Forget fireworks: Plenty of people were firing up their Netflix account to watch Stranger Things over the July 4th weekend, apparently.

The streaming giant claims that a whopping 40.7 million accounts “have been watching” Season 3 of the retro sci-fi hit since it debuted last Thursday, according to a tweet sent out on Monday:

40.7 million household accounts have been watching the show since its July 4 global launch — more than any other film or series in its first four days. And 18.2 million have already finished the entire season.

Now of course, we’ve learned to take any and all Netflix ratings information with a huge grain of salt — the streamer doesn’t release regular viewership data, and their internal numbers can’t be independently verified — and a source at the streamer confirms that they define “watching” a series as completing 70 percent of a single episode. But 40 million viewers is still a huge number in today’s TV landscape, by any measure, and outranks “any other film or series in its first four days,” Netflix says. 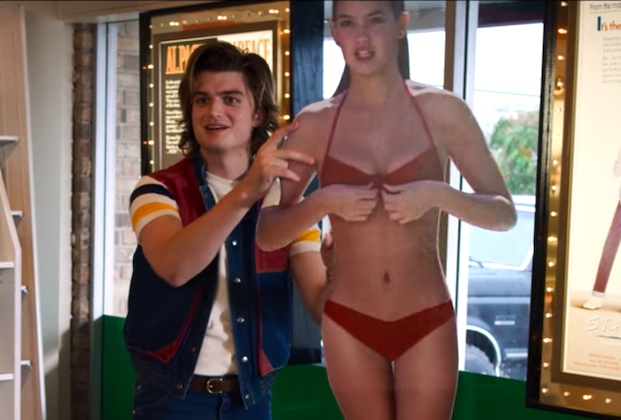 Plus, it’s impressive, as the tweet also notes, that 18.2 million viewers have already watched all eight episodes of Stranger Things Season 3 in just four-plus days. (Most TV shows these days would kill for 18 million viewers, let alone viewers so devoted that they’ll consume eight hours of TV in less than a week.)

We didn’t really need to wait for the ratings to come in, though: Season 4 of Stranger Things is “definitely happening,” per executive producer Shawn Levy — though we kind of think it should be the last season, actually. And series creators Matt and Ross Duffer agree: They’ve said they’ve always envisioned the series as “a four-season thing and then out.”

Have you already binged all of Stranger Things Season 3? Grade it in our poll, and hit the comments below to share your thoughts.