Forget everything (and everyone) you thought you knew about the Scream TV series. Honestly, you might as well forget it even existed in the first place.

The truth is, VH1’s Scream: Resurrection — premiering tonight at 9/8c with back-to-back episodes — bares little resemblance to the two-season story of passion and slashin’ that MTV aired back in 2015. Sure, there’s still a ghost-masked killer roaming the streets, but this one’s raising hell in Atlanta, a far cry from the quaint, picturesque town of Lakewood. And rather than donning the made-for-TV outfit introduced on MTV, VH1’s take on Ghostface looks and sounds just like the one from the original big-screen franchise. (Shout-out to Roger Jackson for returning to provide his iconic voice.)

Because we’re diving into a completely new story, don’t count on getting any resolution to the show’s established Brandon James saga. Instead, you’ll be introduced to a new group of potential victims, a Breakfast Club-style mashup of characters led by Deion Elliot, a star football player who remains haunted by a loss he experienced as a child on Halloween. He and his new “friends” reluctantly bond after receiving detention, along with a string of threatening text messages. (In some respects, this six-episode event almost feel like the love child of Pretty Little Liars and Saw. And we mean that in a good way.)

Speaking of the show’s mood, Resurrection strikes a much lighter tone than its MTV predecessor. Yes, the original had its share of comic relief, but some scenes feel like they were pulled straight out of Scary Movie — especially those involving Palmer’s character, who simply refuses to play by the traditional white people rules of horror.

So, how did Scream: Resurrection come to be? If you haven’t kept up with the behind-the-scenes of it all, you should know that it had a pretty complicated journey to the air, one we never actually expected it to finish. Back in Oct. 2016, MTV ordered a six-episode third season of Scream, which was set to continue the adventures of Emma Duval & Co. But in March 2017, MTV announced that it was scrapping that idea, instead using the show’s third season as a soft reboot. 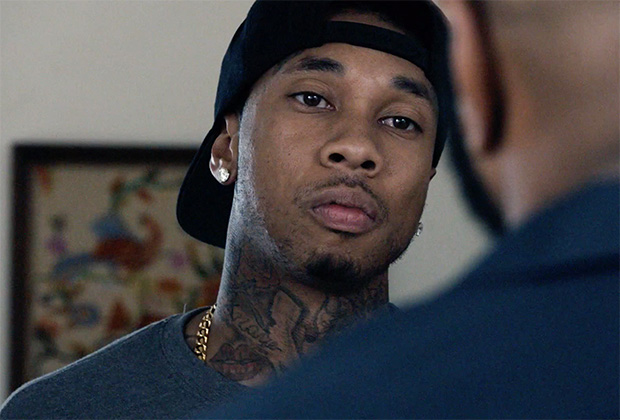 In April 2017, MTV announced that Brett Matthews — now in charge of The CW’s Legacies — would serve as Scream‘s new showrunner, with big names like Queen Latifah also coming on board to executive-produce. Casting announcements began rolling out a few months later, drumming up interest with a curiously curated collection of stars like Palmer (Scream Queens), Tyler Posey (Teen Wolf), Mary J. Blige (The Umbrella Academy) and platinum-selling rapper Tyga.

Though a premiere date for Scream‘s retooled third season hadn’t been announced, filming began in Sept. 2017, as documented on social media by the show’s excited cast members. Internal issues shelved the finished season for more than a year, and it wasn’t until last month that we knew it was going to air at all. In addition to a name and network change, the third season was confirmed to air on July 8, 9 and 10 at 9/8c on VH1.

Meet Scream‘s new crop of victims in our handy gallery — you can click here for direct access — then drop a comment with your thoughts below: Will you be tuning in?