In addition to the 17 broadcast series debuting in primetime this fall, there are a handful of new daytime programs to also be on the watch for. Which of the newcomers might you add to your daily schedule?

Three of the new daytime programs — The Kelly Clarkson Show, Judge Jerry and Tamron Hall — premiere on Monday, Sept. 9, while The Mel Robbins Show makes its bow a week later. (RuPaul recently launched a three-week summer “test” run, with its longterm future TBD.) Here’s an overview of each:

THE KELLY CLARKSON SHOW
In this one-hour talker taping on the Universal Studios Lot in Los Angeles, the Grammy Award winner “uses her gift of connection to bring viewers something new: a fun, energetic show that breaks with tradition.” Episodes will feature remarkable stories, celebrity guests, spontaneous surprises, humor, heart and music. “It’s like a weekday brunch party with a fascinating guest list of people who would otherwise never meet,” says the synopsis. 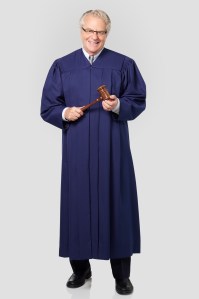 The NBCUniversal Domestic TV Distribution production is cleared to air in 99 percent of the country, including the top 165 markets; in most major markets, it will lead into The Ellen DeGeneres Show.

JUDGE JERRY
This half-hour court program, which tapes (in my hometown!) at the Stamford (Conn.) Media Center, has the Jerry Springer robing up to using to settle actual legal disputes between real people. Prior to his start in entertainment, Springer worked as a lawyer for 15 years having received his law degree from Northwestern University. In that capacity, he is regarded as being “fair and approachable” regarding the law, and as Judge Jerry he will offer litigants offer fatherly advice plus “a dose of his classic wisdom.”

Judge Jerry has been sold into 99 percent of the country/206 markets, the majority of which will air the show in back-to-back episodes. 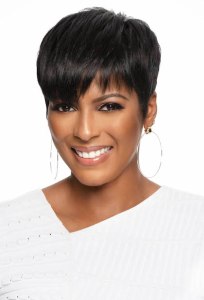 TAMRON HALL
An hourlong talker taping in New York, Tamron Hall finds the former Today cohost offering “a daily destination for all things topical, and a platform for viewers to connect with the people who are shaping our world through meaningful, engaging and entertaining conversations. As a new mom, a newlywed and a survivor who is proving you can accomplish anything at any age,” Hall promises to bring a “refreshing, relatable, unpredictable and unstoppable voice” to television.

The Disney-ABC syndicated talk show is cleared in 95% of the country, including 48 of the top 50 markets. It will air on ABC Owned and Hearst Television stations, often leading out of Live With Kelly & Ryan or in the early afternoon. 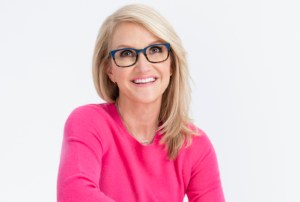 THE MEL ROBBINS SHOW
This one-hour syndicated talker is hosted by Robbins, a motivational speaker, life strategist and author who is described as “the No. 1 female speaker in the world.” As someone who has spent the past decade coaching, elevating and motivating millions of people around the world, Robbins promises to deliver “practical, no-nonsense advice, life strategies that provide tangible results, and skills to push through the everyday challenges we all face,” as her show helps viewers “understand what holds you back” and find “the action plans needed to get the life you deserve.”

Now that you’ve seen what’s coming, tell us what you love right now: